I realized that there is almost never talk about the Fourth of July in movies. There are a few scenes that take place during the holiday, but never (other than perhaps Independence Day or some historical account of 1776) actually center on that day. So, I decided to do a few things to kind of make up for this. First, I will go over some random movie 4s in film. I will give my 4th favorite in certain categories, and then finally give my two favorite movie Fourth of July sequences. Here it goes…

The answer to this was obvious if you know anything about me. Almost Famous is my second favorite movie of all time, and since Crowe only did Say Anything, Singles, and Jerry Maguire prior to it, it had to be my answer. I was happy to also get a mention of Preston Sturges in one of these articles. Sullivan’s Travels is one of the 5 funniest movies ever made. Check it out if you are unfamiliar with it.

Love triangles are much more common, but the love rectangle is has become somewhat of a staple with dramas in the past decades. Closer is one of my favorites and the clear answer to this question, but the second choice was tougher. I like We Don’t Live Here Anymore, but I would hardly call it a great film. The portrayal of the rectangle was superb, though. So I had to go with it for lack of many more options (Note: I haven’t seen Bob and Carol and Ted and Alice).

Best 4th installment in a series: LAND OF THE DEAD

I didn’t realize how ugly this list was going to be until I looked at it. Land

of the Dead is one of the weaker George A. Romero movies, but it still quite easily tops this list. Psycho IV, while having its really good parts, it is still a frequently flawed film. However, these are the only two films in the category that I actually give three stars to. Terminator: Salvation and Phantom Menace are probably next in line, with Live Free or Die Hard not too far behind. Yeah…I guess basically all good series stop at three (Note: I haven’t seen the Star Trek and Harry Potter franchises).

Best movie with 4 (for, fore, four) in the title: DIAL M FOR MURDER

HM: REQUIEM FOR A DREAM

This was probably the easiest couple answers to come up with, simply because it is already mapped out in my top 100. The next film that would have been mentioned is No Country for Old Men.

HM: GORDIE, CHRIS, TEDDY, VERN from STAND BY ME 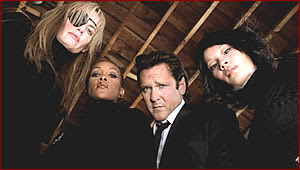 There are quite a few great groups of four in film, but these two groups stand alone for me. It would have been perfectly acceptable to list the Ghostbusters, Stillwater, or Dorothy and company from The Wizard of Oz. However, the Deadly Viper Assassination Squad and the kids from Stand by Me are basically perfect. One is the definition of awesome, and the other holds a special place in my heart. It is hard to argue with either one of them.

This one was quite simple. That scene is basically my childhood, having a block barbeque and playing baseball for hours under the firework lights on the Fourth. Also, the choice of song in that scene (Ray Charles’s rendition of “America the Beautiful” is beyond perfection. I cannot imagine a greater or more effective scene for the day in question.

The Fourth of July scene in Brokeback Mountain is not so much for what the scene has to say about the Fourth, but about the importance of the scene. It just happened to take place then. The scene, which I will not give away, it absolutely pivotal to the film, and it features what may be the most gorgeous shot in the entire movie.

So, there you have it. Pathetic that there is not really much more to talk about as far as film goes in regards to one of the best holidays. What are your thoughts? Any other interesting 4s in film? I tried to come up with best performance by a 4 year old, but that was too hard. Any Fourth of July scenes you think are better? Your fourth favorites in those categories? Let me know with your comments.

Posted by Todd Plucknett at 11:25 PM No comments: