The Golden Globes is always one of the more interesting awards ceremonies. Their nominations are crazy at times, thirsting for the star power of actors and directors. Sometimes, they have interesting nominations, but other times we end up with Julia Roberts in Duplicity and Angelina Jolie and Johnny Depp in the universally-panned The Tourist. They love international actors as well, perhaps most evident in the fact that Sasha Baron Cohen won for Borat presumably because he is a HFPA member. They are also the only awards that have a comedy split and still do not nominate the Apatow films. Ridiculous. I love it. I will take a shot at the TV nominations (they love movie stars for those categories too, as well as new TV shows), followed by the film categories, along with a lineup for fun of what the HFPA would choose if they really had no structure. Nominations are announced on December 13. Here it goes: 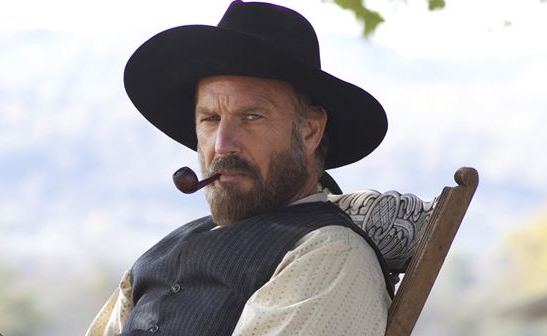 BEST ANIMATED FILM
1. Brave
2. Rise of the Guardians
3. ParaNorman
4. Frankenweenie
5. Hotel Transylvania
Explanation: These seemed to be the biggest box office hits of the year, along with the hyped Rise of the Guardians. I would love to see Wreck-It Ralph included, but I just do not see awards in the future of the coolest animated film of the year.

BEST FOREIGN FILM
1. The Intouchables
2. Amour
3. Rust and Bone
4. Beyond the Hills
5. A Trip
Explanation: There aren’t any American movies in a foreign language, so that makes this a bit more difficult. The Globes like to nominate the foreign language films that have acting performances nominated in other categories. Yeah…I will stop acting like I know what I am talking about here. Just guesses.

BEST ORIGINAL SONG
1. “Skyfall” – Skyfall
2. “Learn Me Right” – Brave
3. “Suddenly” – Les Miserables
4. “Celebrate” – Sparkle
5. “Wide Awake” – Katy Perry: Part of Me
Explanation: This is just a weird category. The songs here are typically different than the Oscars, and they are desperate for stars. The Sparkle cast, Adele, and Katy Perry will take care of that.

BEST ORIGINAL SCORE
1. The Master
2. Lincoln
3. Anna Karenina
4. Life of Pi
5. The Hobbit: An Unexpected Journey
Explanation: I haven’t seen three of these, but they seem like locks for having memorable scores. The HFPA has had some interesting nominees for this category recently, such as The Painted Veil, W.E., and Grace is Gone.

BEST SCREENPLAY – MOTION PICTURE
1. Argo
2. Silver Linings Playbook
3. Django Unchained
4. The Master
5. The Sessions
Explanation: Predicting the screenplay here is just odd. It is the only awards shoe that does not split it up into original and adapted. I will go with the major contenders, but they do throw a wrench in there every once in a while (It’s Complicated, for one).

BEST DIRECTOR – MOTION PICTURE
1. Steven Spielberg – Lincoln
2. Ben Affleck – Argo
3. Quentin Tarantino – Django Unchained
4. Tom Hooper – Les Miserables
5. David O. Russell – Silver Linings Playbook
Explanation: Not only are these the main contenders, but three of them are the big names that the Globes love. Spielberg will likely take this, whether his film is winning Best Picture or not. They just do not care as much as the Oscars do. Julian Schnabel won Best Director for a film not nominated for Best Picture back in 2007. The Oscars would never dare do such a thing so radical…
The HFPA Dream Lineup:
Ben Affleck – Argo
Dustin Hoffman – Quartet
Peter Jackson – The Hobbit: An Unexpected Journey
Christopher Nolan – The Dark Knight Rises
Steven Spielberg – Lincoln
Quentin Tarantino – Django Unchained

BEST ACTRESS IN A LEADING ROLE IN A MOTION PICTURE – COMEDY/MUSICAL
1. Jennifer Lawrence – Silver Linings Playbook
2. Meryl Streep – Hope Springs
3. Judi Dench – The Best Exotic Marigold Hotel
4. Mary Elizabeth Winstead – Smashed
5. Barbara Streisand – The Guilt Trip
Explanation: This would be an interesting group for the GG. All of the nominees would be fairly predictable, but it would diversify the films represented here a bit. A cool surprise inclusion here would likely be Anna Kendrick in Pitch Perfect. She is probably more likely than Winstead, actually, but I will stick with my five. Maybe Winstead is the way that they could get Aaron Paul to show up if they snub him for Breaking Bad.
The HFPA Dream Lineup:
Julianne Hough – Rock of Ages
Jennifer Lawrence – Silver Linings Playbook
Julia Roberts – Mirror Mirror
Meryl Streep – Hope Springs
Emma Watson – The Perks of Being a Wallflower

BEST ACTOR IN A LEADING ROLE IN A MOTION PICTURE – COMEDY/MUSICAL
1. Hugh Jackman – Les Miserables
2. Bill Murray – Hyde Park on Hudson
3. Jack Black – Bernie
4. Bradley Cooper – Silver Linings Playbook
5. Channing Tatum – Magic Mike
Explanation: This is always where the crazy stuff happens at the GG, but there was just too much quality work in comedy/musicals this year. This category might not be as ridiculous as a typical year, but who knows? It could look something like this…
The HFPA Dream Lineup:
Sasha Baron Cohen – The Dictator
Johnny Depp – Dark Shadows
Colin Farrell – Seven Psychopaths
Will Ferrell – The Campaign
Jonah Hill – 21 Jump Street
Channing Tatum – Magic Mike

BEST MOTION PICTURE – COMEDY/MUSICAL
1. Les Miserables
2. Silver Linings Playbook
3. The Best Exotic Marigold Hotel
4. Dark Shadows
5. Magic Mike
Explanation: Usually this category has the biggest box office hits of the year, but recently we got one of the most infamous flops ever, The Tourist. All bets are off now. This is my best guess.
The HFPA Dream Lineup:
The Avengers
Dark Shadows
Magic Mike
Rock of Ages
Ted

BEST ACTRESS IN A LEADING ROLE IN A MOTION PICTURE – DRAMA
1. Marion Cotillard – Rust and Bone
2. Helen Mirren – Hitchcock
3. Jennifer Lawrence – The Hunger Games
4. Keira Knightley – Anna Karenina
5. Emmanuelle Riva – Amour
Explanation: This seems to be the category with the most merit at the Golden Globes. This is where the foreign performances will show up, and this is where they have a hard time finding ridiculous nominations to include. This seems like a fairly safe group, and it gives them an excuse to invite The Hunger Games and the tidal wave of buzz that comes with it.
The HFPA Dream Lineup:
Halle Berry – Cloud Atlas
Anne Hathaway – The Dark Knight Rises
Jennifer Lawrence – The Hunger Games
Blake Lively – Savages
Emma Stone – The Amazing Spider-Man

BEST ACTOR IN A LEADING ROLE IN A MOTION PICTURE – DRAMA
1. Daniel Day-Lewis – Lincoln
2. Denzel Washington – Flight
3. Joaquin Phoenix – The Master
4. Brad Pitt – Killing Them Softly
5. Anthony Hopkins – Hitchcock
Explanation: These actors seem like a typical group for the Golden Globes. They do like to nominate the leads of their favorite movies that get ignored by the other awards (Mark Wahlberg in The Fighter, James McAvoy in Atonement, etc.), so Ben Affleck could sneak in there for Argo. Otherwise, this one seems pretty much locked up.
The HFPA Dream Lineup:
Christian Bale – The Dark Knight Rises
Tom Cruise – Jack Reacher
Matt Damon – Promised Land
Clint Eastwood – Trouble with the Curve
Brad Pitt – Killing Them Softly
Denzel Washington – Flight BEST MOTION PICTURE – DRAMA
1. Argo
2. Lincoln
3. Django Unchained
4. The Master
5. The Hobbit: An Unexpected Journey
Explanation: There is sometimes a random movie that sneaks into this category (Bobby, for example), but there were just too many Globes-friendly movies this year. There are a ton of contenders that got left out (Flight may be a total Globes film and get several nominations), but these seem to be the safest picks, despite not knowing anything about the quality of Django or The Hobbit yet.
The HFPA Dream Lineup:
Argo
The Dark Knight Rises
The Hobbit: An Unexpected Journey
The Hunger Games
Lincoln

So, there you have it. What do you think? Am I missing a big name actor that the HFPA loves? What are the indie flicks that the Golden Globes might love this year? Let me know what you think and post your own in the comments. Look us up on Facebook.
Posted by Todd Plucknett at 8:39 PM