Beginning this week, each Tuesday I will update my NFL playoffs power rankings.  These reflect my own opinions, which more often than not are wrong (my Houston-New York preseason Super Bowl pick is still alive), but are entertaining to write. Note: My rankings are made in the order of playoff seeding that I project.

1.      Houston Texans (11-1; projected 13-3): They beat a bad Tennessee team, but any time you can force six turnovers on the road, it is impressive.  Arian Foster averaged 2.7 yards per carry, but in the last four games, Justin Forsett is overperforming, averaging 7.9 yards per carry.  Next week at Foxboro will be a huge test for this team (the last time they played in New England in 2006, they lost 40-7). This team is still scary deep, can beat you multiple ways, and has to be considered the AFC favorite.

2.      New England Patriots (9-3; projected 12-4): Miami was a tougher matchup than people realize (you could make an easy argument that if the Fins had the same end-of-game clutchness as they had against Seattle, they would be 8-4).  The Pats' offense looked a little puny at times compared to the last few weeks.  But for the first time since Week Two against Arizona, New England finally held a pass attack under 200 yards.  They should beat Houston next Monday, but all bets are off by the playoffs. On the plus side, I've found by 10th grade doppelganger.

3.      Denver Broncos (9-3; projected 12-4): Statistically, there is not a better-rounded team in the NFL than the Broncos.  They are in the top ten in points scored, points allowed, total yards, yards allowed, pass offense, pass defense, first downs and rush defense.  Three of their final four opponents are a combined 9-27.  But they still arguably do not have a truly impressive win on their belt outside of Pittsburgh in Week 1, and they are one of only three teams with a winning record and negative turnover differential.

4.      Baltimore Ravens (9-3; projected 11-5): The good news is that they should still win the AFC North, and that they haven’t lost to a team at home other than Pittsburgh in over three years.  But their once-dominant defense is now 7th-worst in the league in yards allowed, and just gave up 366 yards of offense to a Charlie Batch-led offense at home. The rest of the season is brutal, but should prepare them well for the playoffs.  The Ravens have to make it to the Super Bowl one of these years, right?

5.      Indianapolis Colts (8-4; projected 10-6): You just can’t bet against this team.  This has been such a special year to this point, and last week’s incredible last-second win adds to Andrew Luck’s already amazing rookie year.  Does anyone realize he’s on pace to pass for 4,800 yards, and his top receivers are 34-year-old Reggie Wayne, Donnie Avery, and T.Y. Hilton?  They play the Texans twice down the stretch, which will be a great test for them as they prepare for the playoffs.

6.      Pittsburgh Steelers (7-5; projected 10-6): They still have 14 giveaways in the last three games (and a -12 TO differential in the last five), no consistent running game, and Mike Wallace hasn’t had over 50 yards receiving in a month.  They’re going to get bailed out by a cherry-picked December schedule that all Steelers haters like myself have come to know and recognize.  At this point, we’re all just waiting for the Wild Card matchup when Peyton Manning tears them apart.

Cincinnati Bengals (7-5; projected 9-7): The running game has come alive in the last few weeks, as The Law Firm has run over the century mark three straight games.  Although he’s been held out of the end zone the past couple of games, A.J. Green is still quietly the breakout receiver of 2012, but Jermaine Gresham and Mohamed Sanu have become viable strong targets themselves.  It all comes down to their trip to Pittsburgh on December 23; the Bengals have only won there only once in the last six years.

Buffalo Bills (5-7; projected 8-8): OK, there’s no real chance for the playoffs, but they have an easy schedule down the stretch, with their only real tough matchup in Buffalo against the Seahawks.  The two-headed running game has been superb, Fitzpatrick’s numbers have been solid, and three of their last four losses have come by one score or less.  Even their much-maligned defensive line has played better.  It’s time for the Bills to play spoiler, and look promising for next season. 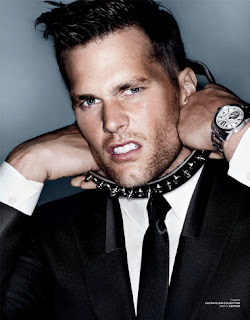 1.      Atlanta Falcons (11-1; projected 14-2): The computers hate the Falcons, and statistical analysis does little to give us an accurate portrait of how they’ll perform week-to-week.  No, the offense was less than spectacular against the Saints, but Michael Turner played well and the defense forced turnovers.  In the past, I’ve argued that Atlanta will suffer because they don’t do one particular thing better than any other team, but I’m going to amend that: Better than anyone else, they win the games they are supposed to.

2.      San Francisco 49ers (8-3-1; projected 11-4-1): I still think going with Kaepernick is a mistake, but much of Sunday’s loss can be blamed on dumb penalties, conservative play calling, and an ineffective Frank Gore (2.5 yards per carry).  When are the words “Brandon Jacobs sighting” ever a good thing?  They suddenly have to go on the road to New England and Seattle to keep pace with the Seahawks.  But I’d rather take that pressure and be saddled with the league’s best defense, than have no pressure to win the division and a mediocre defense (but I still love Tom Brady, don't worry).

3.      Green Bay Packers (8-4; projected 11-5): In the battle down the stretch for the league only competitive division title, I give the slight nod to the Pack, who have two home games against the Lions and Titans (Aaron Rodgers’ fantasy owners are breathing a collective sigh of relief).  Outside of allowing 210 rush yards to Adrian Peterson, last week was one of the Pack’s most complete games, with the running game finally coming to the rescue.  They still need more consistency from Mason Crosby, who hasn’t been 100% on field goal kicking in a game since Week 3.

4.      New York Giants (7-5; projected 10-6): The Giants are so unpredictable that they’ve almost become predictable during their annual mid-to-late year collapse: They will tank a couple more games this season before rallying at Philadelphia to take the division title, and then in the playoffs . . . well, we all know what happens.  Why even talk about how off-target Eli looked against the Redskins, or how the defensive line was atrocious against RGIII?  Why discuss the level of desperation you have to reach for the words “Martellus Bennett is Eli’s go-to receiver” to remotely enter the vocabulary?  Congratulations now, New Orleans and Atlanta, for the luck of being able to face this team in early December, just don’t hope for a playoff rematch.

5.      Seattle Seahawks (7-5; projected 10-6): The win over the Bears was huge, since tiebreakers down give them advantages over Chicago, Green Bay, Minnesota, and Dallas.  Should the 49ers lose to them and the Patriots on the road, the Seahawks control their own destiny.  Like Colin Kaepernick, I don’t really think Russell Wilson is good enough to win a playoff game on the road, but this team hasn’t lost a game by more than 7 points all year.  They may have the league’s easiest four-game stretch coming up, but cannot afford to get distracted.

6.      Chicago Bears (8-4; projected 9-7): The Bears look great on paper, but like the Denver Broncos, they don’t seem capable of beating good teams; their most impressive win in 2012 remains their home win in Week 1 against the Colts.  They should have beat Seattle on Sunday, but the secondary decided to not show up.  Since October 7, they’ve played only two games on the road, but only have a 4-3 record to show for it.  Now they have to travel to Minnesota, Arizona, and Detroit, which are all winnable matchups, but the erratic performances by Cutler leave much undecided.

In Contention:
Washington Redskins (6-6; projected 8-8): They are 3-1 in the NFC East, and still have Philadelphia and Dallas at home in the season finale.  They’ve won three straight (all against the division) and have only turned the ball over 11 times all season.  Even the passing game is looking strong.  The ‘Skins are clicking at the right moment, and this is an incredibly dangerous team.  Everyone at the top in the NFC is collectively putting on their Seahawks and Bears hats.

Tampa Bay Buccaneers (6-6; projected 8-8): They could sneak in, with home games against the Eagles and Rams (although they’ve lost three of four in Tampa), but two straight losses where Doug Martin is averaging 2.7 yards per carry will not do the job.

Dallas Cowboys (6-6; projected 7-9): Too many tough games in spite of the passing offense finally clicking.  The running game is still a work in progress, and the defense doesn’t force turnovers.

Minnesota Vikings (6-6; projected 6-10): Sorry, Vikings, the clock has struck midnight.  If they have any hope, it will have to rely on the back of Adrian Peterson, who refuses to go softly into that good night without a fight.  But the reality is, they only have one road win all season, and Percy Harvin’s ankle injury isn’t going away soon. 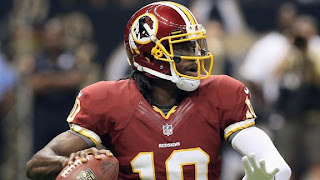 Thoughts?  Disagreements?  Steelers fans who believe that Chuckles Batch can win the Super Bowl?  Let me know below.
Posted by Zach Saltz at 11:49 AM