Nothing gets me more excited in sports than Baseball Opening Day.  It just wouldn't be Spring without every team starting fresh in their bid for a World Series title.  I have been following the baseball off-season and Spring Training obsessively over the last few months.  The World Baseball Classic is a great sideshow to the baseball Spring Training as well (which was won by the Dominican Republic if you weren't paying attention). So here I am going to give my preview and predictions for each team and division as we look ahead to another great summer of America's Pastime.

One thing I am excited about looking at this season is the new realignment of the teams.  The Houston Astros have moved from the NL Central to the AL West which doesn't seem like a very significant move at first glance.  Now all the divisions are equal.  What's the big deal?  The main way this affects the whole league is now there are an odd number of teams in both leagues.  This means for every team to be playing everyday, interleague play has to be scheduled everyday of the season.  This will start Opening Day with the Angels opening up in Cincinnati playing the Reds.  Each team shouldn't have to play any more interleague games than usual.  They will just be spread out instead of all bunched up in a two or three week time frame which I had been wanting to see for years.  So this is a great change and addition to the league.

We might as well start in the AL East because, let's face it, in a lot of ways it is the pulse of the baseball landscape.  This year is no different as it has become the best division top to bottom in the league.  Any team in this division could end up in the cellar or winning the World Series.  It all depends on how what is shown on paper plays out on the field. 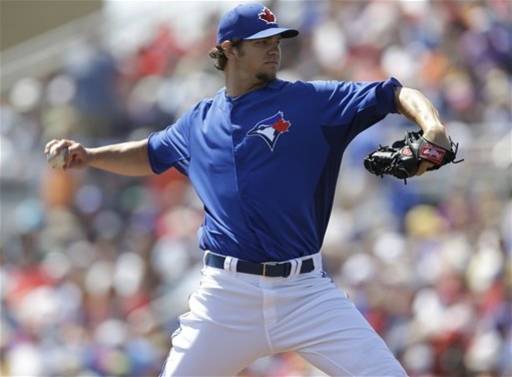 The Blue Jays are the latest team to try and buy their way to a deep postseason run (something that everyone in this division is quite familiar to).  A lot of times this strategy doesn't really pay off.  However, the way the Blue Jays have constructed this team leads me to believe that they could really have a shot at being as good as advertised.  The bats are going to be great, from Jose Reyes leading things off to Jose Bautista being healthy again in the middle of the order, but for me what makes this team great is the starting rotation.  The piece everyone is talking about is the reigning NL Cy Young award winner RA Dickey.  I honestly don't know how well he will be able to reproduce what he did last year, but I don't think he needs to because of what he has behind him.  Next in line, the Jays have guys like Josh Johnson and Mark Buehrle who they got when the Marlins traded away their entire roster.  If Johnson is healthy, he is one of the best pitchers in the league.  Buehrle has been one of the most consistently efficient starting pitchers of the last 10 years.  To round out the rotation, they throw out there Brandon Morrow who has quietly become a very solid starter that could be an All-Star in the next year or two, and JA Happ, who beat out former ace Ricky Romero for the last slot and has shown flashes of being the top line starter his scouting reports said he could be when he first came up.  (Remember, JA Happ was the centerpiece of the package of prospects the Astros got back from the Phillies in exchange for Roy Oswalt a few years ago.)  With this rotation, and the explosive lineup that has been assembled, it would take catastrophe (which isn't unheard of for these super-teams) for them not to at least be competing for the division. 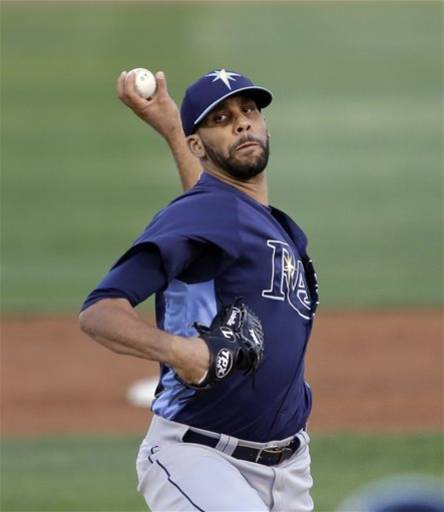 These other four teams in this division all have massive upsides, but also have some glaring weaknesses.  The Rays I am placing at number two in this division because their weakness they have been able to overcome the last few seasons to be a quality team: offense.  Outside of Evan Longoria (when healthy), this team is average at best at the plate, but they always seem to get just enough to win on a consistent basis.  They have these opportunities thanks to an outstanding pitching staff.  Even with their small payroll forcing them to jettison Wade Davis and ace James Shields, they still have a core of great pitchers thanks to a never-ending well of quality pitchers buried in their system.  Oh yeah, David Price helps too.  The pitching will be great again, however I have to think the hitting weaknesses will catch up with them at some point.  The Rays have been no hit more over the last few seasons than most teams have in their franchises' histories.  They can't keep winning with this formula, can they?  If this worked every time, my Mariners would have been a playoff team last year... 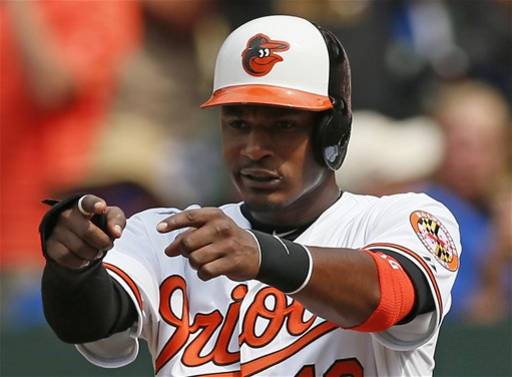 One of the great surprises of last season was the O's rise to the top of the AL East.  They had been building their team up from within, and it all finally paid off with a Wild Card birth and a run in the post-season.  I have them dropping from 2nd to 3rd this year for a few reasons.  First, it is really hard to repeat that kind of success in this division.  Last year, they caught everyone by surprise.  This year, everyone knows what they are about.  They won't be allowed to sneak by anybody this year, which leads to my second reason.  Jump start teams like the O's were last year usually drop off a little the year after.  Part of this is because of what I already said with people gunning for them this time around.  Also, when you are a young player and finally have a year where you reach that potential, rarely does it become consistent right away.  Look for guys like Adam Jones, Chris Davis, and Matt Wieters to fall off a little from the great seasons they had last year.  Also, I doubt their unknown rotation will be able to duplicate all the success they had last year.  They will be good, but not as great as they were. 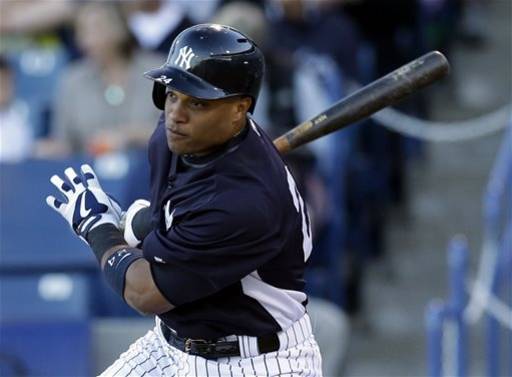 I hate to predict this because they always find a way to make the playoffs every year.  I wouldn't doubt if they are in the playoff hunt this year again, but they just have too many things working against them this year to make it likely.  First, they're old.  CC Sabathia is not young anymore, and Kuroda the same.  Pettitte is their 3 starter who they brought out of retirement a few years ago.  Their lineup features guys like Ichiro and Vernon Wells who have moved on from other teams due to them being in the twilight of their careers.  These are the healthy players, which is their other issue entering the season: injuries.  Four of their best players (Alex Rodriguez, Derek Jeter, Mark Teixeira, Curtis Granderson) are injured entering the season with two of them (Rodriguez, Teixeira) likely not to play this season at all.  The team does not feature much depth to replace this production either.  The Yankees will be running guys like Eduardo Nunez and Lyle Overbay out in their Opening Day lineup.  That doesn't sound like a typical Yankees lineup.  That's why it won't be a typical Yankees season.  One thing that have going for them is I think Robinson Cano will be an MVP candidate this year. 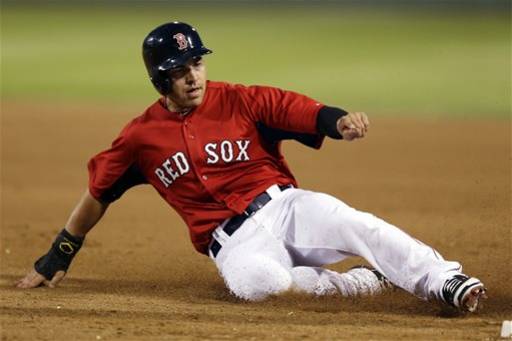 About 5 years ago, I bet a friend of mine that no team besides the Yankees or Red Sox would make the playoffs from the AL East in the next decade.  Of course, the next season the Rays were in the World Series.  Now five years later, I am predicting these two teams to be in the cellar of the division.  They just got too old way too fast.  The Red Sox imploded last year due to dissension between the team leaders and the manager (which is never good).  This year the Sox brought back an old Francona disciple (John Farrell) to be manager to try and get things back to "normal."  I think it will help, but their talent level is just not there right now.  Mike Napoli will be a strong addition.  If Shane Victorino can get back to his form from a few years ago he will be great.  If not, he will be booed out of the stadium every night.  Ellsbury has to stay healthy (which has never happened).  David Ortiz needs to come back healthy and productive at some point (which will be tough at his age).  With that said, there are holes in the lineup beyond those question marks.  The pitching should be all right if Lester and Lackey bounce back (Lester from a bad year, Lackey from an injury).  Joel Hanrahan is a great addition as the new closer, but I don't know how many opportunities he'll have.  I don't think they will be a 100-loss team.  (I honestly think whoever the cellar team is in this division should be within 5-10 games of .500.)  However, with the competition that this division has this year, Boston has not made enough improvements to get out of the cellar.  They did a decent job starting over, but now it needs to re-build, and in Boston the re-building better not take long!


So there is the AL East.  Stay tuned for more previews and predictions.

Posted by Terry Plucknett at 12:37 PM