---Recently, Zach told me that he had revamped his all time top 10 list, which got me thinking about doing the same. Mine is always fluctuating, so I came up with the idea of doing a series of power rankings of AFI categories (as well as some of my own) leading up to the unveiling of my all time list. These lists will include Cheers (inspiring), Peers (on-screen couples), Fears (scariest), Tears (emotional), Jeers (worst), Thrills, Laughs, and finally my top 10 films of all time. Note: My lists are not going to be even a fraction as objective as AFI’s lists. They are solely my personal preferences and experiences. Enjoy!---

I am not exactly a horror film enthusiast. Only in the past few years have I really gained enough admiration for them to really make them watchable. I never really understood the appeal of them because only in extreme cases am I even partially scared when watching a horror flick. For me, the ones that I most gain a fondness for are the ones that make me feel uncomfortable. When a film is able to do that, it certainly gains my respect. Anyway, I am not as well-versed in the genre as I would like to be, so this list will have exclusions that may frustrate the most avid of fans. NOTE: I have only seen The Exorcist once, and I hated it and laughed at how ridiculous it was. It probably needs a rewatch, so it will not be making an appearance on this list. There, you have been warned.

10. Requiem for a Dream (Darren Aronofsky, 2000)
This may not be a real horror movie, but it is terrifying. There are certain moments that are as hideous and off-putting as anything in any horror movie. In particular, the botched drug deal scene as well as the final 20 minutes or so are brutal and disturbing. The movie aims for something much deeper than simple shock value. It is shot in a way that makes it feel undeniable real, and it gets under our skin the way any great scary movie does.

9. The Blair Witch Project (Daniel Myrick & Eduardo Sanchez, 1999)
As far as I am concerned, minimal budgets make horror flicks even more eerie to me. This movie does not have the usual scary movie checkpoints. It basically created a new genre of shaky camera documentary-style horror filmmaking. We do not exactly see anything particularly frightening, but the atmosphere is so well established that we can actually imagine the horrors that may or may not be going on. It is like the audience is with the characters. And because they are scared, we are scared.

8. High Tension (Alexandre Aja, 2003)
As far as slasher bloodbaths go, this one is the most effective. It has a fairly typical plot, about two friends traveling to a country home in the middle of nowhere, but it manages to avoid clichés most of the time. It actually is somewhat of a salute to classic slasher pictures, with a sinister serial killer story lingering in the background until it takes over the story in bloody brilliant fashion. There is just this sense of terror with the gruesome violence and the unrelenting carnage portrayed on screen. It is an ending I will never forget, and once the chainsaw is brought out, we are glued to the screen, even though we want to look away.

7. A Nightmare on Elm Street (Wes Craven, 1984)
With the first movie featuring horror film favorite Freddy Krueger, the modern horror genre was defined. Sure it has the typical horror movie ticks, but seldom were they better on display than in this movie. There is one of the most disturbing villains in terms of appearance ever. There is Johnny Depp getting imploded, or something. It is just this really interesting movie that really taps into the minds of the audience and freaks us out. I have not seen any of the sequels or the remake, and I don’t really want to. This one stands well enough alone.

6. The Descent (Neil Marshall, 2005)
This is a movie where the premise really helps in giving the movie its effectiveness.  Basically the whole movie takes place in an underground cave with horrifying creatures. The movie is able to establish this claustrophobic atmosphere that really got to me. Trying to survive against predators in the dark...doesn’t get much more uncomfortable than that. We essentially only see what the characters do, so we can’t brace ourselves. My heart was actually pounding more during this movie than any similar type movie I have ever seen. The shock value is high, as is the intensity and terror. The movie is one that aches for a sequel, and while movie that ended up being pretty disappointing, it is still worthwhile just to see one take on where the story could have gone from there.

5. Psycho (Alfred Hitchcock, 1960)
I could not make a list of horror flicks without the granddaddy of all slashers, could I? This movie still stands its ground to this day as being one of the most sinister and creepy movies ever made. The atmosphere is unmatched. The compelling characters are unique and unforgettable. The ending still has that surprise value that has not been diminished despite tons of movies trying to capitalize on its inventiveness. The sequels are all solid (especially Psycho II), and I cannot wait for the premiere of Bates Motel. I cannot get enough of Norman, one of the all time great movie characters. 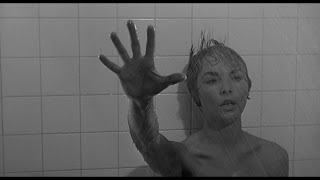 4. Henry: Portrait of a Serial Killer (John McNaughton, 1986)
This is basically the only movie I have ever seen that has actually made me feel physically ill. The movie is so disturbing and real. We actually feel like we know people like Henry, who seems to be quiet and reserved in public, but behind doors he is one of the more sadistic murderers ever. It is not just the fact that he films himself raping and murdering people, but the fact that we see it through the grainy handheld camera he used, giving us the impression that we are watching it live. The sheer thought of the movie makes me feel unclean. Your stomach may turn during the movie, but it is worth it if you like that sort of horror sensation. Movies this effective don’t come around very often. You won’t be able to shake it. 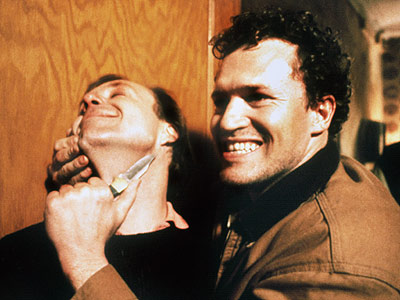 3. Audition (Takashi Miike, 1999)
This is one of the stranger movies I have seen. It starts off like a light romance, but then it takes a turn and becomes one of the more shocking revenge horror flicks of all time. From the moment you see the main character hunched over in the middle of the floor and a sudden movement by a burlap sack behind her, you are locked to the screen. There are some of the most painful, cringe-inducing scenes I have come across, but for some reason my eyes were locked to the screen. It is something that only a talent like Japanese horror maestro Miike could accomplish. I have never really seen anything like this. 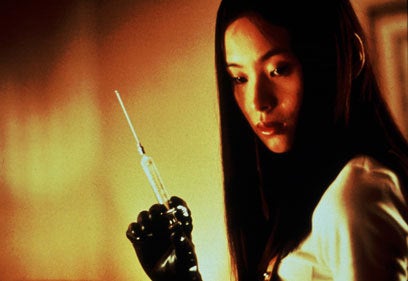 2. The Texas Chain Saw Massacre (Tobe Hooper, 1974)
This is probably the most grotesque horror movie ever made, and I mean that in the best way possible. It is a low budget slasher that really absorbs the audience in its terror and intelligence. The villains are among the more haunting and vicious ever been put on screen. The bleak production qualities make the movie even more disturbing and realistic. The part that gives the film its status is that it is almost completely without blood. It implies violence, and we are left to imagine what happens. We can only help but think the worst. This is a movie that got under my skin and I could not brush off for days. Again, I have not seen any sequels or prequels or remakes. I just don’t want to tarnish the experience of watching this movie.

1. [Rec] (Jaume Balaguero & Paco Plaza, 2007)
If I were to rank my most surprising movie-watching experiences in my life, this would have to be on that list. This movie heightened my enthusiasm for the found footage-style of filmmaking. We are watching the movie through the eyes of a cameraman, so we only see what he sees. It is essentially in real time, which only adds to the realism. If you are not locked to the screen for the duration of this intense, shocking, brilliant horror-thriller, then there is something wrong. I have never had a heart-pounding experience like when I first saw this. The first sequel (essential viewing for anyone who liked this movie or is at all curious about how stories end) would have made an appearance on this list if I hadn’t wanted to mix it up. The second sequel is stupid, but it almost doesn’t even feel like the same series. The American remake Quarantine does a credible job at recreating the atmosphere in basically a shot-by-shot remake, but not nearly as effective as [Rec]. It is an experience I will never forget, and one that actually holds up on multiple viewings.

Ok, so let me have it. What did I miss? What are your scariest horror movies? Anyone else love [Rec] like I did? Let me know!