After not making the playoffs since 1992, the Pittsburgh Pirates have been involved in the last two postseasons.  Will 2015 continue their recent streak of success?

The Pirates were the talk of the playoffs in 2013 much like the Royals were in 2014.  However, last season the electricity of Pittsburgh in the playoffs could not overcome the freight train that was Madison Bumgarner's 2014 postseason run.  His shutout in the Wild Card Game ended the Pirates' 2014 season, but in making it to the postseason two years in a row, the Bucs proved they are now one of the top teams in the National League that can be expected to be in the mix year after year. 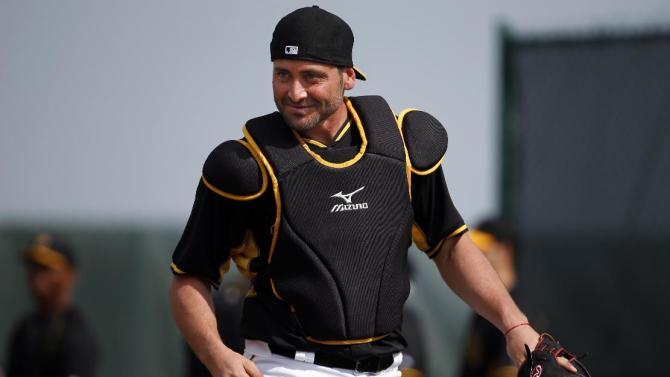 The Pirates showed just how much they think they are on the verge of greatness by barely making any moves this offseason.  Ike Davis moved on, allowing Pedro Alvarez to move to first base and Josh Harrison to have a permanent-ish home at third.  The biggest loss was Russell Martin moving on to the Blue Jays.  The Pirates think they found an adequate replacement behind the plate when they traded for Francisco Cervelli.  Outside of these moves, there was no real significant adjustments to last year's roster.  The biggest addition to their roster is another year of experience for their young stars.

Last year, Gregory Polanco made his highly anticipated debut for the Pirates in rightfield.  He did not have a great season, although it was just his age 22 season.  After his taste of The Show last season, the Pirates are needing Polanco to solidify his position in the heart of the lineup surrounded by budding superstar Starling Marte and superstar Andrew McCutchen.  His production could determine how far the Pirates go this year.

While the Pirates' offense is a definite strength, their starting rotation is lacking some star power and greatness.  They need an ace that can be the face of the mound like McCutchen has been the face at the plate.  Gerrit Cole has the ability to be that ace, and the Pirates need him to start to show it.  This former overall number one pick had an injury-plagued 2014 season that kept him behind his progress.  Now that he is healthy, it is time for him to claim his place as the ace of this mediocre staff.

One acquisition the Pirates made that I didn't mention earlier was the signing of 28 year old Korean player Jung Ho Kang.  He is starting the season as the team's utility backup infielder, but let's face it, Josh Harrison will not stay long as only a third baseman.  What makes him great is his ability to play everywhere.  He thrives on it.  If Harrison is needed elsewhere around the diamond, or if Jordy Mercer struggles, watch for Kang to get a chance to show how his talents translate to the American game.

I think this is the year the Pirates finally win the division.  They have had their taste and now want to take the next step.  Although they win the division, their lack of pitching will keep them from going very far in the playoffs.  Watch out for them in 2016 though as more pitching prospects get closer and closer to breaking into stardom.

Posted by Terry Plucknett at 4:22 PM