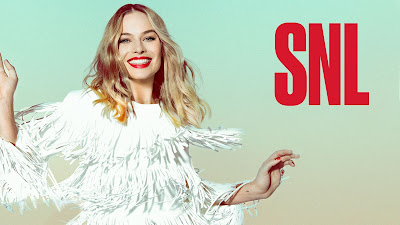 A busy fall did not keep me from watching SNL.  However, it has kept me from writing my reviews.  Here is my effort at catching up with some quick snippets from the first few months of Season 42, which has definitely been memorable.

Margot Robbie has quickly become the "it" girl in Hollywood.  The Aussie bombshell seems to be everywhere, including the SNL stage.  Here is how her first turn as host went.


Cold Opening
http://www.nbc.com/saturday-night-live/video/donald-trump-vs-hillary-clinton-debate-cold-open/3108903
Everyone knew this season of SNL had a potential of being legendary with a presidential election dominating every news outlet, especially such an unconventional and divisive election.  Once it was announced that Alec Baldwin would be portraying Donald Trump, the excitement grew even more.  This Cold Open was our first look into SNL's take of the election cycle.  After seeing the first one, you couldn't wait till the next week for the next one.  It became one of the best things to come out of this crazy election.


Monologue
http://www.nbc.com/saturday-night-live/video/margot-robbie-monologue/3108904
Margot Robbie is a great actress and absolutely gorgeous.  However, comedy is not a natural talent of hers, especially stand-up comedy.  Her monologue was adequate, but nothing special.


Best Sketch
http://www.nbc.com/saturday-night-live/video/live-report/3108905
There were some pretty solid sketches, including the always entertaining Family Feud.  However, the best sketches played off of Robbie's best attribute: her beauty.  This sketch was a live report of a local news station.  Quickly, the story shifted from the tragedy to wondering how the average-looking guy ended up married to the blonde bombshell.  The new kid playing the husband was perfect in his debut (I'll be honest ... I have trouble telling the two new guys apart...).


Weekend Update
http://www.nbc.com/saturday-night-live/video/weekend-update-10116-part-1-of-2/3108909
http://www.nbc.com/saturday-night-live/video/weekend-update-10116-part-2-of-2/3108910
Weekend Update has become my favorite part of every show.  Jost and Che have the best chemistry at that desk since Fey and Fallon.  There were two guests to the Update desk this week.  First was Cecily Strong's undecided voter.  Cecily is great on SNL, however these characters she does are just not funny.  The other guest was Kenan's David Ortiz.  This impression sounds nothing like Big Papi, but I can't stop laughing every time I see it.


Dark Horse Sketch
http://www.nbc.com/saturday-night-live/video/the-librarian/3108906
SNL has shifted a lot this season to more and more pre-recorded content.  This is probably the influence of the new head writers.  This first one was about a group of high school kids fantasizing about the hot librarian.  However, the fantasy does not go the way they anticipated.  Again, Robbie's beauty is used in a perfect comedic way.  It also showed she really doesn't take herself seriously. 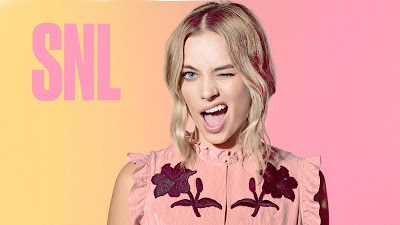 This was a strong start to a season that needed a strong start.  With the election, it had a potential to be an all-time great season.  However, losing both Taran Killam and Jay Pharaoh, two of the most popular castmembers, over the summer to the world beyond 30 Rock, this season could have gone a different way.  This episode showed that SNL is looking more toward being an all-time great than the other way.

Posted by Terry Plucknett at 5:39 PM