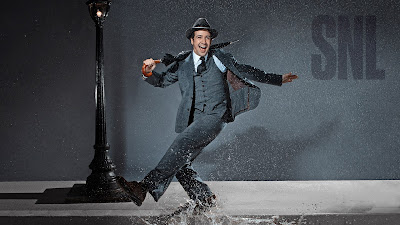 Over the last year or so, Lin-Manuel Miranda has become a household name for writing the Broadway phenomenon Hamilton.  His talents are perfect for a show like SNL.  Although the episode wasn't great, he definitely showed who he is and how talented he is throughout the episode.


Cold Opening
http://www.nbc.com/saturday-night-live/video/vp-debate-cold-open/3112622
In an election season, it's likely that the Cold Open is going to be political in nature.  When that election season involves Donald Trump, it's a guarantee.  Alec Baldwin might as well just be a cast member this season.  This Cold Open starts with the Vice Presidential debate and then jumps into Donald Trump news.  The headline of the week this week was the Access Hollywood bus.  It's rare for SNL to not pull any punches, however they are brutal in their satire of the political scene right now.


Monologue
http://www.nbc.com/saturday-night-live/video/linmanuel-miranda-monologue/3112623
This is one of my all time favorite monologues.  When you have a veteran of stage that is a writer himself as a host, just let him do his thing.  It's not surprising that Miranda did a song from Hamilton, but he turned his song "My Shot" into an amazing rap about how great it is to be hosting the show.  Just sit back and enjoy.


Best Sketch
http://www.nbc.com/saturday-night-live/video/a-day-off/3112627
Two trends continued with this sketch.  First, there was the satire of the election season and its candidates.  Second, you have yet another pre-recorded sketch.  This one features Kate McKinnon as Kellyanne Conway, Donald Trump's campaign manager, as she tries to take a day off.  However, Trump's antics refuse to let her enjoy that day.


Weekend Update
http://www.nbc.com/saturday-night-live/video/weekend-update-on-donald-trumps-leaked-audio/3112629
http://www.nbc.com/saturday-night-live/video/weekend-update-on-kim-kardashians-stolen-diamonds/3112630
As the anchors continue to get better and better, there is less and less time for guests to the Update desk.  First, we have Pete Davidson in another one of his hilarious rants.  Next, we have a treat as two former Update anchors, Jimmy Fallon and Tina Fey, arrive in a not very well rehearsed bit.  It really didn't matter though.  Seeing them back at the desk made it all worth it.

Dark Horse Sketch
http://www.nbc.com/saturday-night-live/video/substitute-teacher/3112626
There have been several sketches over the last few years with this setup.  A substitute teacher comes into a class and hilarity ensues.  However, this one takes on a different turn.  Lin-Manuel Miranda is the sub trying to take advantage of his reputation after Hamilton by teaching historical events through hip hop.  However, the kids aren't having anything of it. 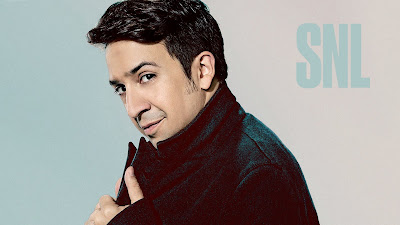 Outside of the first 10 minutes, there really wasn't anything memorable.  There wasn't really bad, but it was mostly forgettable.  I wish it had been a little stronger of an overall episode with Miranda hosting.  With all that said, the host hopefully earned a future return to the SNL stage.