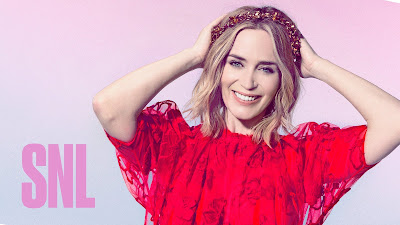 
Cold Opening
http://www.nbc.com/saturday-night-live/video/donald-trump-vs-hillary-clinton-town-hall-debate-cold-open/3116438
Once again, the focus of the Cold Open is a debate.  This time, we are back to the presidential candidates.  They really try to take shots at both sides, but when Trump makes it so easy for a comedy show to attack him, it begins to look a little heavy on one side.  The biggest challenge is finding comedy beyond just reporting the actual Trump stories.

https://youtu.be/2_NdQnFcP2Q
With all the negative news reports spreading around with the presidential election, Emily Blunt tried to cheer up everyone with a rendition of "Get Happy."  It wasn't anything special, but it got the show kicked off.


Best Sketch
http://www.nbc.com/saturday-night-live/video/honda-robotics/3116451
There were many sketches in this episode that were pretty funny, however this may be the best.  This sketch showed that Emily Blunt actually has a talent for physical comedy.  She and Mikey Day play robot prototypes that start to malfunction while handing out snacks.  This one really gets a good laugh.


Weekend Update
http://www.nbc.com/saturday-night-live/video/weekend-update-on-donald-trumps-sexual-misconduct-allegations/3116445
http://www.nbc.com/saturday-night-live/video/weekend-update-on-russian-hacking/3116446
Weekend Update is always funnier when Kate McKinnon brings a character to the desk.  This time, it is her stereotypical Russian woman Olya.  The other guest is another of my favorite, the hilarious and slightly disturbing child reporter Laura Parsons.  Both were as funny as always.


Dark Horse Sketch
http://www.nbc.com/saturday-night-live/video/short-film/3116442
There were several sketches I found pretty funny for a Dark Horse Sketch, including the one and only appearance by musical guest and former host Bruno Mars (disappointing he wasn't used more).  However, the definition of a Dark Horse Sketch is one that is funny because it is a little bizarre.  This sketch about a short film and how seriously the filmmakers take their art form really fits the bill.  Anyone who follows film closely will appreciate the satire this sketch provides on how silly this art sometimes appears. 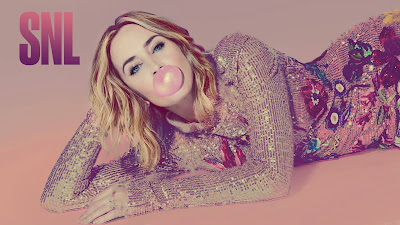 Emily Blunt, while maybe being the second funniest person in her own home, turned out to be a pretty successful host.  She seamlessly slid in to the sketches as if she was just another member of the cast.  I don't think there was anything that will be remembered for seasons to come in this episode, but for the most part, all the sketches were effective and funny in their own way.  I would consider that a pretty successful broadcast.