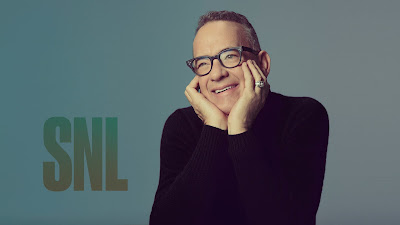 There are a few episodes every season that are set up to be power shows.  Tom Hanks is a member of the 5-Timers Club, and one of the most beloved actors around.  Although he shows up quite often on the SNL stage, it had been 10 years since he had hosted last.  With a musical guest like Lady Gaga (making back-to-back episodes with former hosts as musical guests), and you have a recipe for one of the top episodes of the season.  However, did it work out that way?


Cold Opening
http://www.nbc.com/saturday-night-live/video/donald-trump-vs-hillary-clinton-third-debate-cold-open/3333588
Once again, the Cold Open is focused on the presidential debate.  Once again, the writers try to be impartial, but it's hard when one side seems to make all the mistakes and blunders.  Also, you know you have a heavy hitter as a host when they make an appearance in the Cold Open.


Monologue
http://www.nbc.com/saturday-night-live/video/tom-hanks-americas-dad-monologue/3333589
The monologue for Tom Hanks's 9th hosting gig made light of Hanks's reputation of being "America's Dad."  So he sat the country down for a heart-to-heart.  It was cute and somewhat effective, but the real fun was still to come.


Best Sketch
http://www.nbc.com/saturday-night-live/video/black-jeopardy-with-tom-hanks/3333590
There were a lot of solid sketches in this episode, however two of them might go down as top 10 sketches of the season.  First, we have the latest installment of Black Jeopardy.  In the past, this sketch has been used to make light of the fact that white people can't relate to black culture.  However, this time around the "fish out of water" is a southern redneck.  The joke comes in that they aren't as different as some may think.

http://www.nbc.com/saturday-night-live/video/haunted-elevator-ft-david-s-pumpkins/3333596
The second sketch is one of the strangest yet funniest sketches in recent memory.  A couple enters a Halloween-themed 100 Stories of Fright ride.  The first couple floors bring them some good scares.  Then they run into David Pumpkins and his dancing skeletons, which just leaves them confused.  The longer the sketch goes, the stranger it gets, and the more you realize that it is ridiculously hilarious.


Weekend Update
http://www.nbc.com/saturday-night-live/video/weekend-update-on-the-third-presidential-debate/3333601
http://www.nbc.com/saturday-night-live/video/weekend-update-on-cyber-security/3333604
There were two guests to the Update desk this episode.  First, you had the incomparable Leslie Jones, who addressed recent reports that her private photos had been hacked in a way only Leslie Jones can.  Next, you have one of the better repeat characters in The Girl You Wished You Hadn't Started a Conversation With at a Party.  It's always good to see Cecily get a chance to return back to the Update desk.

Dark Horse Sketch
http://www.nbc.com/saturday-night-live/video/cockpit/3333617
You can't pass up an opportunity like this.  Alec Baldwin is hanging around after playing Trump, and you have Hanks as host.  They are two of the greatest hosts in SNL history.  So why not put them in a sketch together!  In this one, Hanks is playing Sully while Baldwin shares the cockpit with him.  The sketch isn't really anything special, but it is neat to see the two of them share the stage. 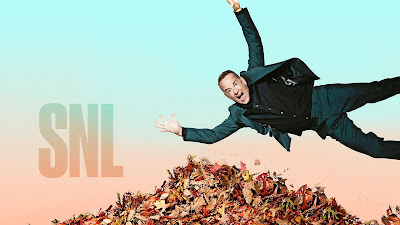 This was by far the best episode of the season so far.  It wasn't perfect, but it was decently close.  There are reasons hosts like Tom Hanks are brought back so often.  They are good!  Now, let's not make it another 10 years before he runs an episode again.

Posted by Terry Plucknett at 3:09 PM