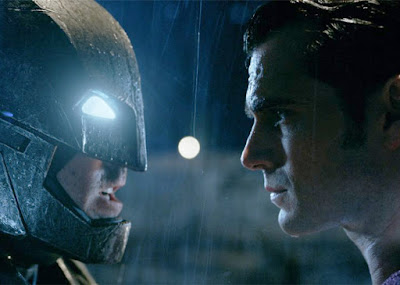 2016 has finally has come to a close, and what a year it has been. It was a pretty solid year for films, but also a year that gave us some we would rather forget.  Unlike last year - luckily - I never wanted my money back after walking out of the theater… though I did wish for my time back.  This year I was a little more selective with what I watched.  But have no fear - I do have a good list of bad films I want you to avoid.  So to start things off, let's give out some acting awards!

Best Performance in a Bad Movie: 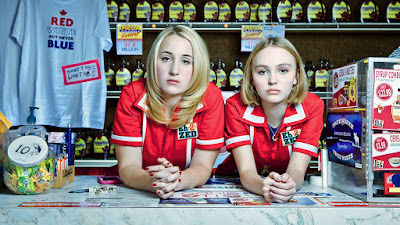 Worst Performance in a Bad Movie:

Movies I Haven't Suffered Through Yet (Hope Not!): 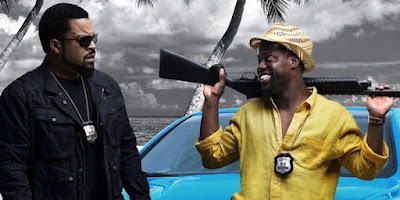 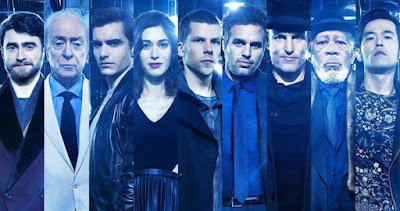 Kicking off our list is a sequel to a film that didn't need a sequel to begin with.  I liked the first one for the most part - I thought it was somewhat fun.  In Now You See Me 2, the fun of the first film was completely removed and replaced with ridiculous magic that made no sense.  The actors seemed like they were just contractually obligated to be in the film.  Isla Fisher is probably ecstatic she couldn't take part because it is so bad.  Speaking of the cast, Woody Harrelson is part of one of the most ridiculous plot points of any film I watched this year. 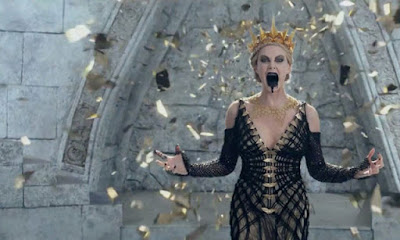 Only the second film into my list and I have added another sequel.  Unlike the aforementioned entry, this is a prequel.  This film doesn't know what kind of film it wants to be.  Unfortunate, considering it had so much to work with.  The first one - Snow White and the Huntsman - was a good film, and the cast for this one is great (Theron, C. Hemsworth, Chastain, Blunt, Frost).  The lack of the first film's lead star, Kristen Stewart, is a red flag.  Hemsworth and Chastain try to do the best they can with what they are given.  Sadly, you can tell that Theron - on the heels of her role in Mad Max: Fury Road - is totally phoning it in.  As for Blunt: this film makes her look like one of the worst actresses working today.  She gives an overacting performance that is hard to watch.
8.
Mike and Dave Need Wedding Dates
(Jake Szymanski) 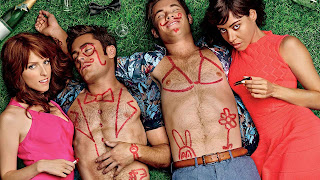 This film was supposed be like Bridesmaids and make us laugh, but only gave a couple of chuckles and a lot more yawns.  Zac Efron has to be in the running for worst actor of 2016.  This film has some funny people in front of the camera (Efron, A. Devine, A. Kendrick, A. Plaza).  Too bad they have nothing to work with.  I could get more cheer from a graveyard. 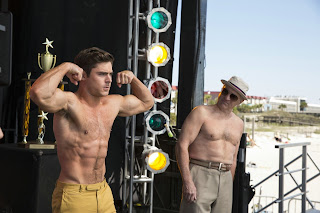 If Mike and Dave Need Wedding Dates was so unfunny, why put another comedy right after it?  The reason is simple: because Robert De Niro is in it.  De Niro is one of the greatest actors of any generation.  The sad thing for me is watching him do these stupid films.  I didn't find this film enjoyable at all and I don't think I even laughed.  De Niro and Efron seemed to have no chemistry either, and as this was a team-up film, they should have. 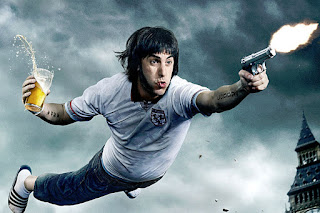 Sacha Baron Cohen is the king of gross out.  He didn't just do that over the top humor - this film is all those things and more.  I feel like Cohen tries to push the limits in his films just because he can.  This film might have scarred me and has made me reevaluate if I'll watch another of his films again.  It has one the most disgusting things I have watched on screen all year - all I will say here is that it involves an elephant. 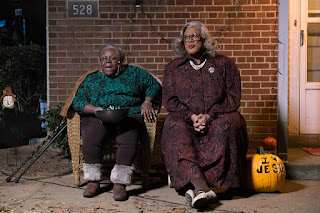 I know - I'm not the audience that this film is going for.  Even still, this film just wasn’t good.  I'm not a fan of the Madea character other than I Can Do Bad All By Myself, so I just found her to be annoying and ridiculous.  I feel like the jokes they were trying to go for were pulled from a hat and thrown into the script.  They were unfunny and unoriginal.  This film is what "trying too hard" looks like.  We know Tyler Perry can act in good films like Gone Girl and Star Trek, so maybe he can just be in other directors' films and not make Madea films anymore.  That won't happen because Madea makes money.  Dang! 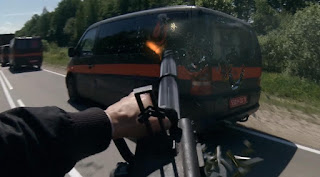 This film might be a surprise to some that it even made my list.  So give me a second to explain myself.  This film is a video game player's dream.  Completely shot in first-person perspective with no dialogue from the main character, we are seeing the action from his point of view.  I'll give credit where credit's due - there are some really cool action set pieces.  After a while, though, it becomes too much and will make you sick.  I understand that we were supposed to be the main character and the film plays on this gimmick, but I wasn't prepared for the experience and therefore couldn't get invested into the story or characters.  Who knows?  If I watch it again my opinion might change.  For now, though, I have no desire to rewatch this. 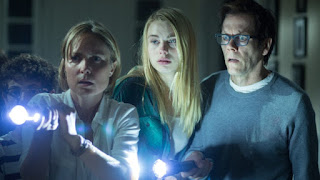 Horror films have been a complete surprise this year.  There have been a lot of great ones, but the next two films are the bottom of the barrel.  One thing I hate is clichéd horror films that rely on jump scares and ridiculous supernatural elements that make no sense.  The one redeeming quality this movie has to offer is that it stars Kevin Bacon.  Kevin Bacon is awesome!  This movie needs to be more like Kevin Bacon!

2.
The Other Side of the Door
(Johannes Roberts) 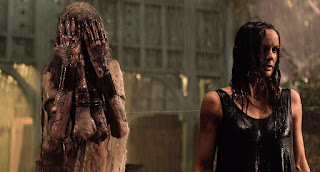 It's a shame to have a horror movie at the second worst film of the year considering all the great ones we were given, but this one is rightfully deserving of the spot.  It uses every horror movie cliché in the book.  It also overuses jump scares.  As the credits begin to roll, you are left with a feeling of bewilderment because nothing of any value happened.  I guess this is the price you pay for watching a horror film with no big stars in the cast. 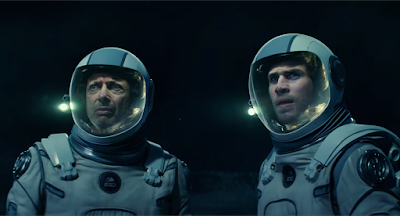 Another film and another sequel.  This movie has been in development for what seemed like forever.  The original film was released in the summer of 1996 - 20 years ago.  In my humble opinion it's been too long in between films.  Also - like I stated in an earlier entry - it should be a warning flag when the original star doesn't want to return.  Other than Will Smith, all the main cast returns, as well as the original director.  This sequel shows no care or concern for the characters that were already established and doesn't try to be nearly as fun as the original.  The saddest part is that it actually makes the original seem bad.  It wants to be fun, exciting, and sexy, but it just makes me want to fall asleep or read War and Peace.  I originally had this film much lower at #8, but once I started writing this article I came to understand how much I hate this film.  Oh, how it deserves to be the worst of the worst.

Well that's my crappy list!  What would be on your list and what did I get wrong?

My best of the year list will be up as soon as I can watch a few more films that I need to see.  Thanks for reading!

Email ThisBlogThis!Share to TwitterShare to FacebookShare to Pinterest
Labels: Dirty Grandpa, Hardcore Henry, Independence Day 2, Kevin Bacon, Now you see me 2, Robert De Niro, The Darkness, The other side of the Door, Top 10 worst films, Worst Films of 2016