The Milwaukee Brewers have been irrelevant in the national baseball scene since winning the division in 2011.  How long will it be before they return to a position of significance?


My 2016 Predictions
5th in NL Central
Jonathan Lucroy will be traded to the Texas Rangers for Jurickson Profar. 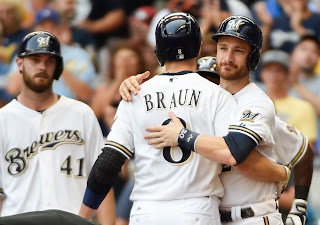 Last year, the Brewers finished a little higher than I had anticipated, but this was more because the Reds were a lot worse than I thought.  The Brewers I had about right.  There was nothing that made them stand out in any way.  They are a franchise stuck in mediocrity.  Outside of a resurgence in Ryan Braun and a surprise amount of production out of journeyman Chris Carter, there really wasn't much notable that took place in Milwaukee last season.  However, my fearless prediction last season is one I am most proud of out of all my pre-season picks of 2016.  I may have gotten the details of the trade wrong, but I was right that he was heading to the Texas Rangers.  I think my trade proposal would have gone well too. 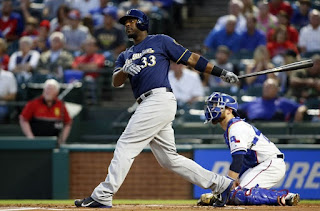 The Brewers' offseason was confusing.  Chris Carter led the league in home runs, so they let him walk and sign elsewhere.  Instead, they replaced him with Eric Thames, a 30 year old player that has spent his last 4 seasons in Japan resurrecting his career.  That is about as unknown a commodity as you get.  Many also thought, just like they did about Lucroy last year, that they needed to trade Ryan Braun, as his stock will never be this high again after his strong 2016.  However, they kept their aging superstar even though they are in an obvious rebuild scenario.  Instead, the Brewers were frustratingly quiet. 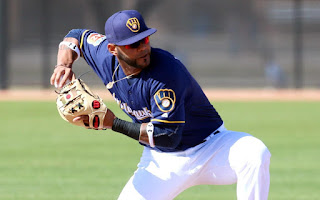 One of the bright spots for the Brewers last year was the emergence of Jonathan Villar.  In his first year with the club after being traded from the Astros, Villar showed what kind of player he can be.  Another strong season in 2017 can make the Brewers better and also solidify his position as a potential cornerstone of the Brew Crew moving forward. 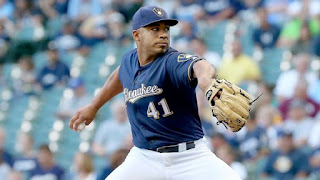 The biggest surprise of the 2016 Milwaukee Brewers was Junior Guerra, a 31 year old pitcher just finally getting a shot to prove himself in the big leagues.  He pitched so well, he is being counted on as a potential ace of the staff in 2017.  For the Brewers to move in the right direction, Guerra needs to show that 2016 was a sign of things to come and not a fluke. 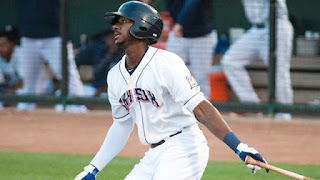 Last year, I said a potential Jonathan Lucroy trade would help set the Brewers up for the future.  The acquisition of top prospect Lewis Brinson was proof that I was right.  Brinson is a highly-touted outfield prospect that seems to have all the tools.  If the Brewers season goes the way it is supposed to, look for Brinson to get his shot in the big leagues sooner rather than later. 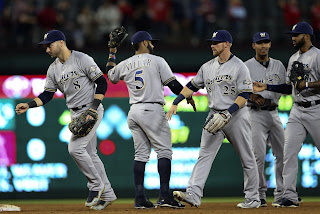 The Brewers are not a bad team.  They are also not good team.  They also show very few signs of changing any of these facts this season.  They might be the most boring team in all of baseball to try and follow.  Their lineup has some flash, but their pitching is mediocre.  They are on a rebuilding track, but that track is looking like it will take longer than most fans want it to.  Look for this season to look a lot like last season: bright spots, but mostly disappointing.


Fearless Prediction
Ryan Braun will be traded by the end of the season. 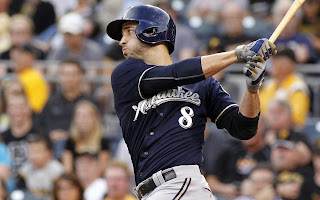 I don't have as strong of a prediction on this one as I did with the Lucroy trade last year (my best guess is he will go to the Dodgers), but the reasoning is almost identical.  It is time to fully commit to the rebuild, and that means it is time for a guy like Ryan Braun to bring back some prospects.  Also, this trade would clear a spot in the outfield for Lewis Brinson to come in.  Look for this blockbuster trade to happen.

Posted by Terry Plucknett at 8:15 PM