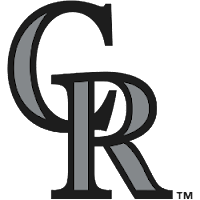 The Colorado Rockies flipped their record in 2019, following up two straight trips to the playoffs with a disappointing 90 loss season.  Will 2020 bring them back to playoff form or will they continue to spiral into obscurity? 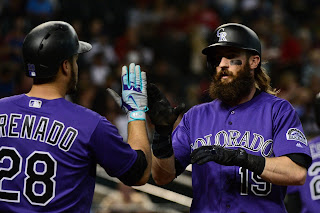 Boy, did I have the Rockies 2019 season wrong!  I saw the Rockies getting back to the playoffs for a third season in a row.  Instead, the season got away from them and fell apart.  David Dahl only played in 100 games, but the team offense was fine with five players topping 20 home runs (even though only 3 of them ended up with an OPS+ over 100 ... Mile High bias...).  The pitching is really what fell flat.  Jon Gray had a standout season, but my Most Important Pitcher Kyle Freeland was much more the norm, finishing with a 6.73 ERA in just over 100 innings, earning a 77 ERA+.  2019 was supposed to be the year Brendan Rodgers broke out as well, but instead he only played in 25 disappointing games at the big league level before getting injured and missing the rest of the season.  As for Arenado's shot at an MVP, the team needed to be better.  With that said, he finished 6th in the voting, earned his 5th straight All Star appearance, his 7th straight Gold Glove (which is how many years he has been in the league), and his 3rd straight Platinum Glove, designating him as the best defender in the National League regardless of position.  Instead of discussions of how valuable he is to the Rockies, the talk instead went to whether or not he and his newly signed monstrous contract should be traded. 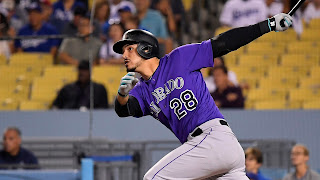 An interesting aspect of the Rockies' current situation is after a disappointing 90 loss season, they made zero significant roster changes.  Outside of injured players returning, the Rockies will run the same lineup out on Opening Day that they had to end 2019.  The most significant storyline in the offseason was the fact that Nolan Arenado is still a Rockie. 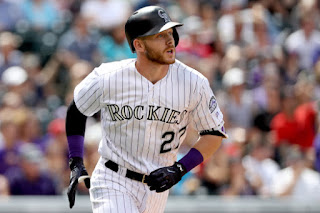 If the Rockies are going to compete in 2020, it is going to be on the back of their offense.  Although Arenado may be their best player, the emerging superstar on the team is Trevor Story.  After a breakout season in 2016 and a setback year in 2017, Story has had two straight years where he has made the All Star Team and won the NL shortstop Silver Slugger.  With the chances Nolan Arenado sticks around Colorado much longer definitely up in the air, Story will need to be the face of the franchise through a possible full rebuild ... or be traded himself. 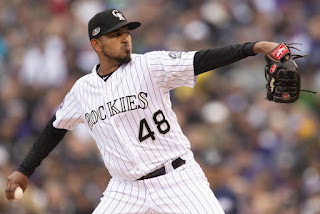 Jon Gray was the best pitcher on the Rockies staff last season, but German Marquez was definitely second best.  With that said, there was definitely some regression from his previous two seasons.  He is only entering his age 25 season, which means some hiccups like 2019 are bound to happen.  If the Rockies are going to be any good in 2020, the pitching has to be much better, and that starts with Marquez emerging as a possible ace of the staff to go along with Gray. 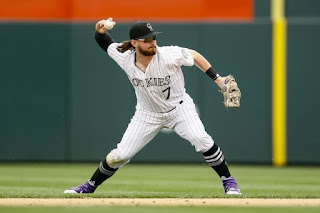 The Rockies have a lackluster farm system (which is why trading Arenado is on the table) only boasting one player in baseball's Top 100 prospects.  That one player is Brendan Rodgers.  I don't like highlighting the same prospect two years in a row, but I really have no choice with him being by far their best prospect and the only prospect in their top 6 that has a chance of playing in the big leagues this season.  Rodgers is a middle infielder that can really hit.  He was taken 3rd overall in the 2015 draft behind fellow shortstops Dansby Swanson and Alex Bregman.  Rodgers has taken longer to work his way to the big leagues because he was a high school standout instead of a proven college player.  The biggest issue facing Rodgers and the possible impact he could have in 2020 is the fact that there is nowhere for him to play.  Ryan McMahon emerged in 2019 as a legitimate everyday player at second base, and unless there is an injury (or trade), the left side of the infield is pretty well set for awhile.  So we will see how Rodgers gets in the lineup, but his talent deserves to play. 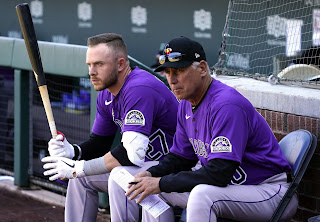 I am not optimistic about the Rockies' chances in 2020.  Their current roster makeup doesn't seem to be working anymore, they did nothing to address it in the offseason, and they have very little coming up to help them from their farm system.  Combine that with the other three teams in their division predicted above them gaining momentum right now, and it is going to be a disappointing season in Colorado.


Fearless Prediction
Nolan Arenado will not be on the Rockies' roster in 2021. 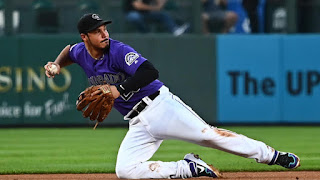 It is the only real storyline in Colorado right now.  Will Nolan Arenado remain in Colorado?  He is one of the best players in baseball right now, and he seems to be available for the right price.  There already appeared to be some drama between Arenado and the front office of the Rockies for even considering the possibility this offseason.  Now it seems inevitable at some point.  It also looks like it might be the right move to make.  The Rockies are stuck right now.  They had their peak, and now they have a stagnant roster of established stars that can't seem to win together.  They need to start to build for their next competitive window instead of holding on to this one.  Trading Arenado would bring back a prospect package that would give an instant jump start to their lackluster farm system.  It would also give an opportunity on the infield for Brendan Rodgers to make his mark.  The only thing that can save Arenado in Colorado is a playoff run in 2020.  I don't see that happening, so instead his days in Denver are numbered.

Posted by Terry Plucknett at 3:06 PM