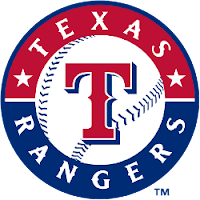 The Texas Rangers might be more frustrated with the delayed start to the season than any other team as they have to delay the opening of their brand new stadium.  When the stadium finally opens, will it lead to greater success for the Rangers in 2020? 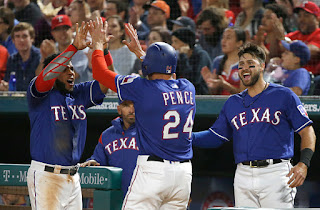 The Rangers had much greater success in 2019 than I anticipated behind first year manager Chris Woodward.  Almost reaching .500, the Rangers took great strides forward in getting back to the top of the division and the league.  One of the only holdovers left from the World Series team, Elvis Andrus feels like he has been around forever even though 2019 was only his age 30 season.  He was once again solid at shortstop finishing as the team's 5th best overall player in terms of WAR.  Jose Leclerc, on the other hand, followed up a career year in 2018 with a lackluster season in 2019.  He is a bounceback candidate in 2020.  My Prospect to Watch, Jonathan Hernandez, ended up not having any impact at all, only pitching 16 innings in 9 games as he struggled with control.  The real stars of the season for the Rangers were veteran starting pitchers Mike Minor and Lance Lynn.  Both completely resurrected their careers in their early 30's by becoming the two best players on the team and making my Fearless Prediction look foolish.  Both pitchers ended up not only over 150 innings, but they both finished at the same total of 208.1 innings. 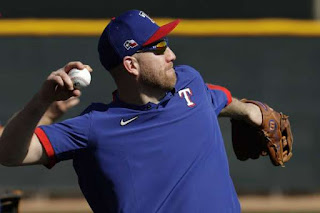 The offseason for the Rangers was an interesting one as they are trying to keep on their current trajectory while still opening up their new stadium with a bang.  So they traded outfielder Delino DeShields for ace Corey Kluber and signed veteran Todd Frazier to man the hot corner after losing out on the Anthony Rendon sweepstakes.  Then they also traded their young slugging rightfielder Nomar Mazara to the White Sox for a prospect.  Then they rounded out their rotation with veterean arms Kyle Gibson and Jordan Lyles.  So it was combination of wanting to win now but also not giving up the future at the same time. 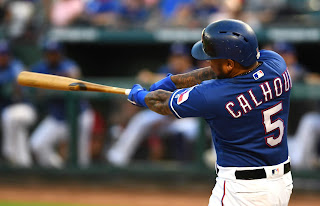 Once the centerpiece of the package the Rangers got from the Dodgers for Yu Darvish, Willie Calhoun has greatly struggled so far in his big league career.  Only playing in 131 games over the last 3 seasons, Calhoun has hit .269 with 21 homers and an OPS+ of 96, making him an average hitter.  He took some decent strides in 2019, but now he will be expected to start to show some of that promise as he enters his age 25 season, especially after the Rangers traded DeShields and Mazara.  He needs to be an everyday player while also showing the superstar sparks that made him a top 10 prospect in all of baseball at one point for the Rangers to really take great steps forward. 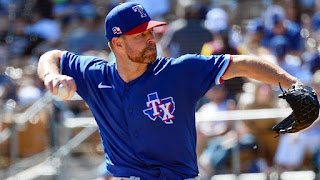 It is rare that I name a new addition as a team's most important player, but I really think Corey Kluber is that for the Rangers this season.  Mike Minor and Lance Lynn anchored this rotation last season and did an admirable job, but you can't really depend on the same performance.  Kluber is an ace that really makes this rotation borderline elite ... if he is healthy.  He missed most of 2019 with injury which allowed the Rangers to buy low on the two-time Cy Young Award winner.  They got him for a bargain because it is a risk that he returns to his elite form in his age 34 season.  It is also the last year of his deal before he is a free agent.  So best-case scenario, Kluber returns to elite form and leads the Rangers to a successful season and chooses to re-sign after the season.  Not-too-bad-case scenario, Kluber returns to elite form but the Rangers struggle so they trade him mid-season and get some decent prospects back.  Mediocre-case scenario, Kluber pitches good but not elite so the Rangers try to trade him if possible or just ride him out for the season.  Worst-case scenario, the entire season is cancelled due to the current pandemic, Kluber becomes a free agent without ever pitching an inning for the Rangers, and the team literally gets nothing for their trade. 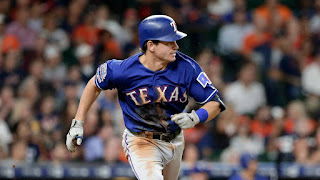 The Rangers have two players in the Top 100 Prospects, but neither of them crack the top 50 or will be ready until at least 2021.  In fact, the highest prospect that has a chance at having a big league impact in 2020 is their 5th best prospect Nick Solak.  This utility man barely maintained his prospect status in 2019 after playing in 33 games for Texas with some success.  He hit .293 with 5 home runs and 17 RBI's in 116 at bats which was good for a 123 OPS+.  He should see time in the outfield, at second or third, or possibly at DH in 2020.  If he keeps hitting like he did in his short time last year, the Rangers will find room for him in the lineup. 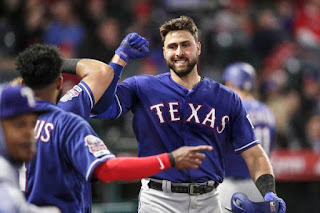 The Rangers are definitely an interesting team that is taking steps forward, but their offseason lacked the splash to really make them competitive in the AL West.  If they had landed Rendon instead of the Angels, I probably would have them higher and in the hunt for a playoff spot.  Since they missed out on him (to a division rival no less), they are a team to watch but won't be knocking on the door of the playoffs. 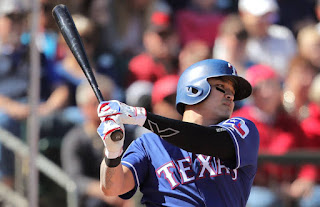 This is a bit of a far-fetched prediction, but hear me out.  The most likely to retire is Shin-Soo Choo who is entering his age 37 season.  He is still an effective hitter, but he is reaching an age that the end is near.  The next potential candidate for retirement is new 3rd baseman Todd Frazier.  Entering his age 34 season, the Toddfather has really turned into quite the journeyman the last few seasons.  His bat remains legit, but I could see the end on the horizon if this season goes sideways and there isn't a job waiting for him somewhere in 2021.  The next candidate is Corey Kluber.  Also entering his age 34 season, if the injuries don't clear up and he can't return to peak form, I could see an elite player like Kluber calling it quits if he can't be elite anymore.  The chances all three of these guys retire after this season?  Probably pretty rare, but I am going for broke here.

Posted by Terry Plucknett at 9:08 PM