With Gary Oldman finally getting his long-overdue Oscar nomination, we can all cross him off the top our list of the best actors who have never been nominated. This list is taking into account living actors, specifically ones that are still working, otherwise the list would just be filled with the likes of Maureen O’Hara, Shirley Temple, Jerry Lewis, and so on. So, this is a list of people who we may see get a nomination in the near future, since the Academy has been recognizing overdue actors in recent years (Christopher Plummer, Mickey Rourke, etc.). I also decided not to include actors who are primarily in television (Kelsey Grammer, Michael C. Hall, etc.), since they are not really trying to get nominated for Oscars. This power ranking is the most difficult one I have ever written, having to decipher between favorite actors, best actors, and those who most deserve a nomination. It was interesting, and a ton of amazing talent is left off. Check it out:

I felt like I should include at least one international actor on this list, so I went wit

h one that has been extremely popular in America. Tony Leung is one of the best actors in the world, and his filmography is esteemed and varied. He is an astonishing talent, and given the right role, I could definitely see him ending up a nominee someday. Several of his co-stars have gotten some serious looks from the Academy and HFPA, but in those films, it is always Leung that is most impressive.

Most deserved to be nominated for: In the Mood for Love

ness, and it is a shame that she has never gotten an Oscar invite. How did she not at least ride the unstoppable Forrest Gump wave back in 1994? Robin Wright is one of the most sincere and grounded actresses working today, and I really do feel that she is getting close to getting that elusive Oscar nom.

Most deserved to be nominated for: Forrest Gump

Other notable snubs: The Conspirator, The Private Lives of Pippa Lee, Sorry, Haters, Nine Lives, A Home at the End of the World, She’s So Lovely

t broken through yet. He is one of the most intriguing and talented actors of his generation, and he does amazing work almost every time out. He just lives in his characters, not really trying to win an Oscar or anything. He is subtle and brilliant in all of his roles. Academy, please give this guy an Oscar. He deserves it.

Most deserved to be nominated for: Confessions of a Dangerous Mind

Promising upcoming title: Seven Psychopaths (2012). Directed by Martin McDonagh (In Bruges), about a screenwriter who gets caught up in a kidnapping plot. Co-starring Colin Farrell.

Isn’t it hard to believe that Jim Carrey never got an Oscar nomination? H

e has gotten 6 Golden Globe nominations and two wins. He has gotten a BAFTA nom. He was one of the most popular actors in the world during his heyday. I will never forgive the Academy for snubbing him back in 1998 for The Truman Show. That is just inexcusable. He is not just a funny guy. When he wants to be serious, he can be as dark and emotional as any actor. He needs to finally get that Oscar nomination, even though now it seems like his interest in that has floundered. Hopefully one of his upcoming projects works out, or he may need to go the Alan Arkin route and have a scene-stealing supporting part in a movie and hope it hits. But honestly, when is he ever not the undisputed lead?

Most deserved to be nominated for: The Truman Show

Other notable snubs: I Love You Phillip Morris, Eternal Sunshine of the Spotless Mind, The Majestic, Man on the Moon

Brian Cox is an actor who is just always around successful movies. He is a fantastic supporting

character actor, and it is always his co-stars who are getting the recognition. Cox has done so much great work and put in so much goodwill, I cannot believe that he has never gotten any serious Oscar attention. He will be nominated at some point. I am almost certain of that.

Most deserved to be nominated for: 25th Hour

Promising upcoming title: Blood (2013). Directed by Nick Murphy (The Awakening), about two cop brothers and their struggle to break out of the shadow of their former police chief father. Co-starring Paul Bettany.

Guy Pearce is one of the most talented actors around. He is in some of the mos 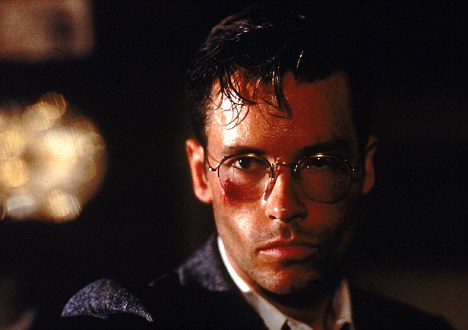 t prolific and celebrated movies of the late 90s-early 00s. He is about as versatile of a performer as I have ever seen on screen, rivaled only by the chameleon himself Gary Oldman for being the most unrecognizable and underrated character actor in the business. He gets lost in every role that he takes, and it is just insane that he was not nominated for any of the astonishing work in his career.

Most deserved to be nominated for: The Proposition

Kevin Bacon has perhaps one of the most decorated filmographies of his generation, and yet he is 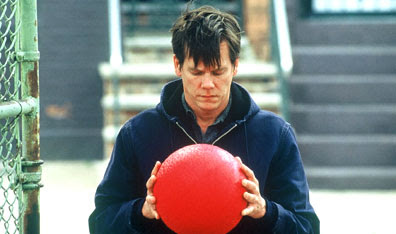 never singled out in his cast. Even in the greatest of ensembles, he is always among the best but forgotten. Even in the most Oscar-friendly material, his co-stars get all of the love. I am not sure why that is, but I cannot always agree with it. He brings a great deal of humanity to his characters, and it is inexcusable that he has never gotten an Oscar nom (only one Globe nom too). He needs to get nominated soon. After nearly sweeping the TV awards for his movie Taking Chance a couple years ago, it appears that the industry has finally warmed up to him. Now he just needs that Oscar.

Most deserved to be nominated for: The Woodsman

Donald Sutherland is going to be the only leg of the tripod (along with Michael Caine, Christopher Plummer) to not be

an Oscar-winner. Somehow, through all of the Oscar-friendly movies that Sutherland has been involved in, he has never gotten nominated. Not even Ordinary People, which rode Judd Hirsch to the ceremony with his ultra-limited screen time. It is ridiculous to think that Sutherland’s career could end without him being a nominee.

Most deserved to be nominated for: Ordinary People 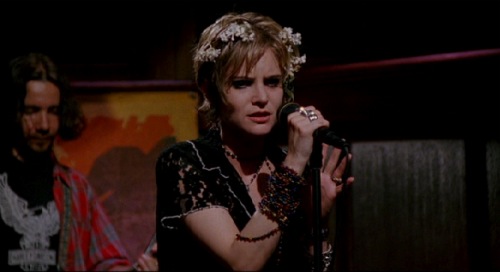 h could never break through to getting any serious awards attention. She is amazing in almost every movie appears in. In the early to mid 90s, she had a run where each one of her performances was good enough to be nominated or win Oscars. She is one of the most authentic actors out there, and now she just does not work enough. In my books, she should have won two Oscars with at least 3 more nominations. I am astounded that she has never gotten at least invited to the ceremony.

Most deserved to be nominated for: Mrs. Parker and the Vicious Circle

Steve Buscemi is one of the best actors in the world. He has playe

d so many supporting characters, each of which were done with the amazing awkwardness and realism that only Buscemi can bring to them. He has stated that he played so many supporting weird characters that filmmakers doubted whether he could be a lead. I think Boardwalk Empire silenced those critics. Now, he just needs to get an Oscar. I cannot think of an actor who has had to climb up the ranks quite like Buscemi has, and now actors playing roles like he did at the start of his career (John Hawkes, for instance) are getting the recognition that Buscemi never got. He may not be the most deserving actor, but it is a shame that he has gone this far without a nomination. Hopefully in the coming years and coming off the success of his hugely-popular television series, he can finally get that elusive Oscar nom.

Most deserved to be nominated for: Ghost World

Promising upcoming title: On the Road (2012). Directed by Walter Salles (The Motorcycle Diaries), based on the Jack Kerouac book about Beat generation writers searching for “It”. Co-starring Sam Riley.

So, what do you think? I know that I must have missed someone. I went through about 50 possibilities to narrow it down to these 10. Who would be on your list? A Golden Globe darling like Cameron Diaz or Scarlett Johansson? An indie star like Parker Posey or James Spader? A longtime veteran like Christopher Lee or Christopher Lloyd? A relatively young actor like Evan Rachel Wood or Emile Hirsch? A largely comedic actor like Will Ferrell or Steve Carell? A standout Coen brothers collaborator like John Turturro or John Goodman? A blockbuster actor with occasional dramatic brilliance like Bruce Willis or Val Kilmer? A rising star like Tom Hardy or Michael Fassbender? A foreign star like Gong Li or Chow Yun-Fat? A wrongfully typecast character actor like Jeff Daniels or Daniel Stern? Each and every one of these actors was on my longlist of contenders. Let me know your thoughts in the comments.