The Arizona Diamondbacks won the offseason before the 2016 season, which led to a disappointing season.  Will 2017 be more successful?


My 2016 Predictions
3rd in NL West
The Diamondbacks starting centerfielder on August 1st would not be on the Opening Day roster. 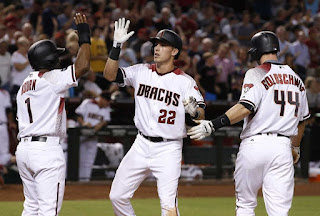 In years past, I have overreacted to teams having an amazing offseason.  I tried to be a little more realistic, but they underwhelmed even my modest expectations.  The Diamondbacks did not have a good season in 2016 which ended up costing manager Chip Hale his job.  This was partially because of the injury to AJ Pollock that occurred in the last few days of Spring Training that kept him out until September.  This led to my Fearless Prediction, which was days after the Pollock injury while the team was still figuring out how they were going to replace their star.  Sure enough, in the August 1st game, where the Washington Nationals beat the D-Backs 14-1, the centerfielder for the Diamondbacks was veteran Michael Bourn, who was picked up mid-season.  Prediction achieved! 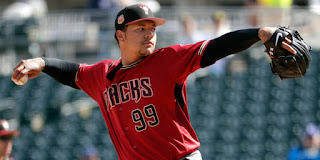 The first addition to mention is first-time manager Torey Lovullo, who has spent the last four seasons as the bench coach for the Red Sox.  Outside of that, the only other moves were collecting former Mariners Chris Iannetta, Tom Wilhelmsen, and Fernando Rodney in free agency, as well as making one of the most intriguing trades of the offseason.  The D-Backs acquired Taijuan Walker and Ketel Marte from the Mariners for Jean Segura and Mitch Haniger.  Rarely do you see trades like this that exchange major contributors to the big league roster. 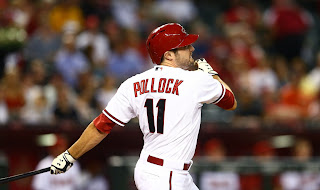 After seeing the collapse of the Diamondbacks' season after AJ Pollock's freak injury in 2016, it showed just how valuable Pollock is to the success of this team.  In 2015, Pollock was an All Star while also winning a Gold Glove playing in 157 games.  However, it was also the only full season he has played in his career.  There is a big question whether he can stay healthy.  If he can, he can be one of the best centerfielders in the game.  That's a big if. 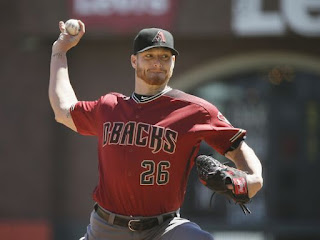 One of the other factors that led to the Diamondbacks' disappointing season in 2016 was the pitching staff.  Zack Greinke came back down to Earth, however the most disappointing by far was Shelby Miller.  In the offseason, the D-Backs had traded several prospects to the Braves for Miller, including former #1 overall draft pick and consensus 2017 preseason Rookie of the Year Dansby Swanson.  How did Miller repay them?  He had an injury-plagued 2016 season that led to only 101 innings pitched in 20 starts.  Even when he was healthy, he was not good, earning a 3-12 record with a 6.15 ERA.  You really can't get much worse.  If the Diamondbacks are going to have success moving forward, it needs to start with their pitching.  Greinke will bounce back, and Taijuan Walker will help, but Shelby Miller has to produce in a way that will start to justify the trade that brought him there. 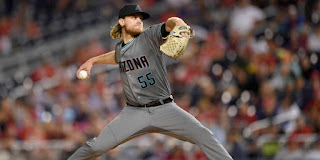 When you consider how bad a trade like the Miller-Swanson trade is looking right now, it just adds insult to injury to see that the Diamondbacks currently have no prospects in baseball's Top 100.  The player most likely to have an impact in 2017 is pitcher Matt Koch.  He is not the most heralded prospect (only #17 in the D-Backs system), but he showed success in limited time in the big leagues last year.  He can start or work in relief while he tries to find a role for this ball club. 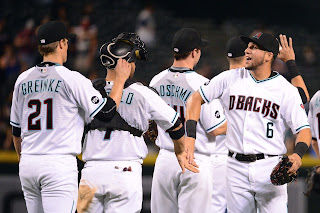 There are just too many question marks, and too difficult of a division, for the Diamondbacks to make any strides forward this year.  I think they are heading in the right direction with some of the moves they have made, but too much has to go perfect for them to crack the top three of this division.


Fearless Prediction
Zack Geinke will be traded by this time next year. 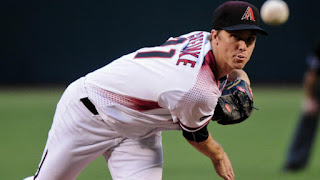 Greinke was the surprise prize the Diamondbacks won in last year's offseason.  However, he was to anchor an up-and-coming roster getting ready to compete.  It's looking more and more like this roster is closer to rebuilding than competing.  If that is the case, the last thing they need is a 33 year old starter making $30 million per year.  They could make great strides in rebuilding their depleted farm system if they can find a taker for their high-priced ace.  I think it happens

Posted by Terry Plucknett at 9:49 PM