Sports Illustrated predicted the Houston Astros would win the 2017 World Series ... in 2014!  The Astros made the playoff appearance in 2015 with their young stars, but followed it up with a letdown season in 2016.  Will 2017 prove the Sports Illustrated writers to be geniuses, or will they underwhelm once again?


My 2016 Predictions
1st in AL West, lose in ALDS
Carlos Correa will win the AL MVP. 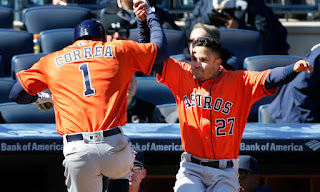 The win total of the Houston Astros only dropped two games from 2015 to 2016, however everyone around them got better, dropping them to third in their division with no chance at a playoff birth.  The 2015 Astros were much better than they were supposed to be.  This raised expectations much higher than was realistic for 2016.  A key example of this was Carlos Correa, who exploded in 2015, but did not come close to winning the MVP as I predicted he would do. 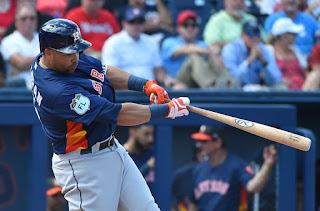 For so long, the Astros have been all about building the farm system and building the future.  The 2017 offseason showed that the Astros have arrived at that future.  All of a sudden, they started to spend money and acquire veterans to complement their group of young stars.  Josh Reddick was brought in to start in rightfield.  Nori Aoki was brought in to start in leftfield.  Brian McCann was brought in to be a power-hitting catcher.  Carlos Beltran was brought back to Houston to try and relive some of his past heroics in an Astros uniform.  The only notable subtractions were upgrades at catcher (McCann over Jason Castro) and leftfield (Aoki over Colby Rasmus). 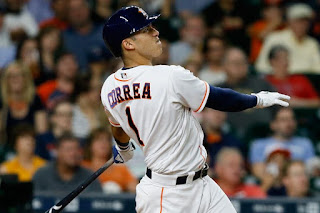 It is easy to forget that Carlos Correa is only 22 years old.  Being a number one overall pick and having instant success will make that happen.  With all that said, Correa is a centerpiece of this franchise and a key to the Astros' present and future success.  I predicted him to be the MVP last season, which may have been a little premature.  However, he needs to be at an MVP caliber this season or very soon after for the Astros to reach the championship level they feel they can reach. 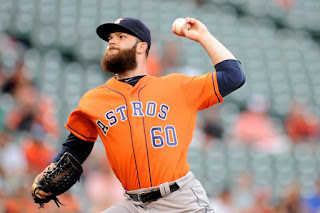 In 2015, Dallas Keuchel won the Cy Young.  Again, when players find instant success, quite often a player regresses the next season.  That is what happened for Keuchel.  He went 9-12 with a 4.55 ERA, far from his Cy Young level.  Many people believe the Astros should have traded for Jose Quintana over the offseason (and still might mid-season) because of the fact that no one knows if there is a true ace on this staff.  Whether a trade happens for Quintana or not, Dallas Keuchel needs to get back to the level he was at in 2015 if the Astros want to get back to the playoffs. 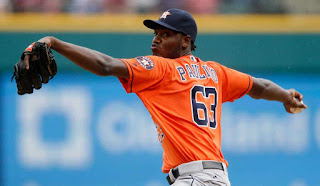 The Astros have several prospects that could play a role for the team in one of two ways.  They may either make an impact for the team down the stretch, or they might be part of a package that helps bring an ace like Jose Quintana into Houston.  David Paulino is one of those propects.  This 23 year old pitcher got a taste of the big leagues at the end of 2016 and could be a presence in the rotation for the Astros (or White Sox) at any point this season. 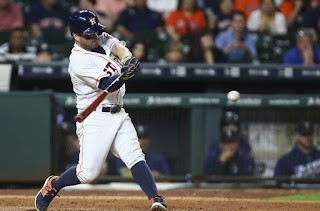 After a year of regression, I see 2017 as the year the Astros take the next step forward.  They have such a great combination of young budding stars and established veterans that have been there before.  They should have no problem scoring runs.  Their pitching will be good and potentially great if they make the trade everyone expects them to make at some point.  They won a Wild Card Game and went to the ALDS in 2015.  Look for the Astros to win their first AL West division title ever and make it all the way to the ALCS this season.


Fearless Prediction
Jose Quintana will be an Astro before Memorial Day. 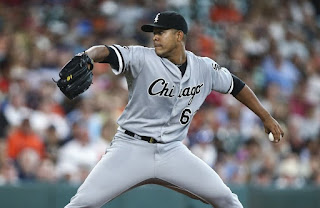 It won't take the Astros long to realize they need that extra arm in their rotation.  The White Sox want to get rid of Quintana, and he would be a perfect fit in Houston.  With all the moves the Astros made this offseason, it is obvious they want to win either this year or next year.  If one more move is going to get you there, you make the move.  Look for it to happen sooner rather than later.

Posted by Terry Plucknett at 3:47 PM