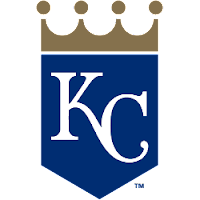 Just three years after winning the World Series, the Kansas City Royals lost 100 games in 2018, showing just how hard it is to sustain success, especially in a small market.  As the Royals work toward a rebuild, will 2019 start to see improvement or more mediocrity? 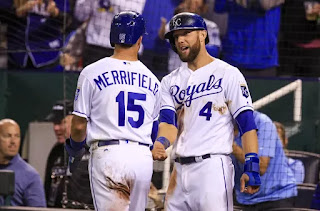 When Lorenzo Cain and Eric Hosmer moved on before the 2018 season (and Moustakas was traded at the Deadline), the reign of the Royals officially ended.  Although some centerpieces of the World Series runs are still around (Alex Gordon and Salvador Perez), their production bottomed out with few quality young players to make up for it.  Even their best pitchers had bad 2018 seasons.  All this led to a 100 loss season, a feat that has not been that common over the last decade or so. 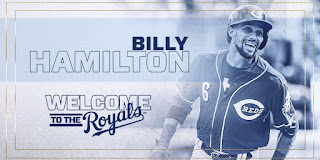 Being a small market team starting a rebuild, there is not much that can be done in free agency to improve.  Add to that some big contracts to Gordon and Perez, and the Royals don't have a lot of financial flexibility.  Veterans Lucas Duda and Alcides Escobar moved on after the 2018 season.  The only impact additions made to the roster were Brad Boxberger in the bullpen and Billy Hamilton in centerfield.  The Hamilton signing might be one of the more intriguing, under-the-radar signings of the offseason as he brings an electricity to the lineup that defined their World Series runs. 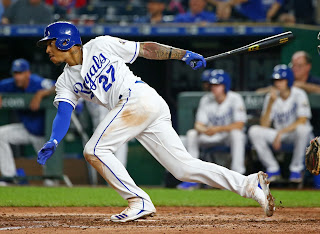 The son of former Dodger Raul Mondesi, Adalberto Mondesi represents the beginning of what may be the next wave of young talent in Kansas City.  Mondesi played parts of 2016 and 2017 with the big club before becoming a more regular player by the end of 2018.  Now with Alcides Escobar moving on, Mondesi will open the 2019 season as the everyday shortstop.  He was quite the highly-touted prospect coming up through the system, and it is time for him to start to show some of that promise.  Mondesi is entering his age 23 season, which would be a great time to make a big leap forward in his progress.  How quickly the Royals bounce back into prominence depends on how quickly a player like Mondesi becomes a star. 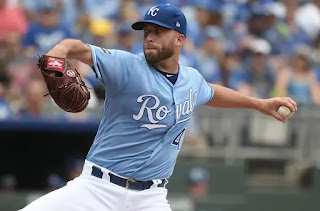 Danny Duffy emerged after the 2016 and 2017 seasons as the Royals' best pitcher.  However, 2018 was a huge step back for the lefty.  His ERA jumped up over a run while his ERA+ dropped below average for the first time since 2011, his rookie season.  Their rotation is built around Duffy being their ace, and last year he was everything but that.  If he bounces back to the potential star he showed he could be, then the Royals might be a little better than people think. 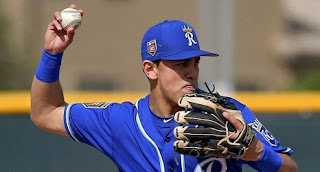 Something that doesn't bode well for the Royals' chances over the next few seasons is their farm system is not very strong.  Only one prospect is currently ranked in MLB's top 100, and only one of their top 10 prospects are even close to the big leagues.  The one prospect is middle infielder Nicky Lopez.  A 23 year old former fifth rounder out of Creighton, Lopez's strength is his glove, however his bat has been better than expected.  With Whit Merrifield and Adalberto Mondesi securing the middle infield spots for the foreseeable future, there might not be a spot for Lopez to get a chance.  However, if Mondesi struggles or Merrifield gets traded or either gets hurt, Lopez will likely get a shot.  At the least, he should make an appearance as a utility infielder at some point this season. 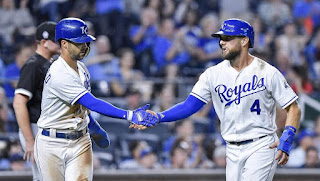 The Royals spent most of two decades barely being relevant before coming up and making two straight World Series out of nowhere.  It looks like they are securely back to irrelevance moving forward.  Their stars are aging and declining, outside of Merrifield the rest of the lineup is either still developing or underwhelming.  They have no help coming from the minors and no money to go get help.  They are in a tough spot for the years to come.


Fearless Prediction
The Royals will not trade away any lineup pieces mid-season. 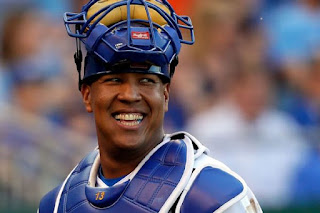 These days, teams are either loading up on an excess of major league talent or unloading the major league talent to bolster the farm system.  There are very few teams that find themselves in the middle, which is part of why there are so many free agents still unsigned.  No one is in the market for mid-level talent.  Either they go for the Harpers and Machados or they tank to load up on prospects to create a young core that will peak in a few years.  The Royals don't strike me as a team willing to trade their big names.  They traded Moustakas last season at the Deadline, but everyone knew when they signed him to a one year deal that was the purpose.  Other teams in the Royals' shoes would be doing anything to trade away guys like Alex Gordon or Salvador Perez.  The Royals seem to me to be a team that still believes in franchise faces and loyalty.  They will not be relevant for a few years, but they signed their 30 year old second baseman to a 4 year deal.  Alex Gordon is in the last year of his contract, but he is a local guy that has spent his whole career there.  Sal Perez is still an elite catcher that could bring a big return, but he is the face of their franchise and not going anywhere.  They are old school enough to sacrifice some future success to be loyal to their stars and their fans now.  Respectable, even if it isn't responsible.

Posted by Terry Plucknett at 2:03 PM