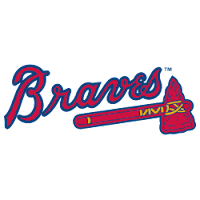 The Atlanta Braves took a giant leap forward in 2018, winning the division and making the playoffs with their new young core.  Will they continue to progress to one of the elite teams in the league in 2019? 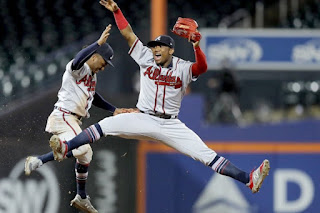 I knew the Braves were heading to something special, but no one saw them being this good this quick.  Everything seemed to align for them, including the division kings, the Nationals, having a down year which allowed them to take the top spot.  Although they did not go far in the playoffs, they showed their tear down from a few years ago was worth it.  They also showed that they have still further to go. 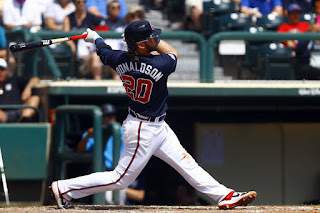 With most of Atlanta's lineup young and far from free agency, very little was changed in their roster.  Leaving was catcher Kurt Suzuki, and starters Anibal Sanchez and Brandon McCarthy.  Replacing Suzuki is former Brave coming home Brian McCann.  Replacing the starters are some of their super prospects.  However, the biggest move the Braves made this offseason was upgrading at third base by bringing in former MVP Josh Donaldson. 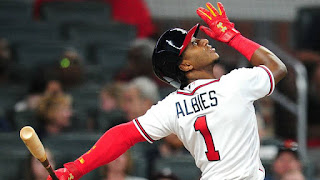 For the first half of the season, Ozzie Albies was possibly the best second baseman in the league as he helped lead the Braves to their huge start.  He feel off pretty impressively in the second half though.  Even though he is only entering his age 22 season, he is being counted on as an anchor of the Braves lineup with other young phenoms like Ronald Acuna.  They need to repeat their production and then some to help the Braves take the next step in 2019. 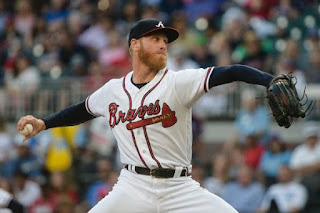 Mike Foltynewicz emerged last season as the ace of the Braves staff, even making the All Star Team.  He is electric when he is on the mound.  However, the workload over the last few years might be catching up to him.  He is already missing the start of the season with elbow issues (terrible sign).  The Braves will be counting on him to come back and establish himself as the ace once again.  Of the young guns in their rotation, he is the most established.  Although they still have guys like Julio Teheran and Kevin Gausman, Folty is the leader. 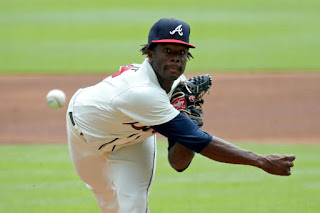 You can really take your pick of several pitchers as three of the top four prospects in the Braves system are all starters and have all already made their big league debut last season.  Mike Soroka and Kyle Wright might garner a higher place on their top prospects (all three are in baseball's top 40 prospects), Touki Toussaint is the one slated right now to start the season in the Braves rotation.  The 22 year old righty throws hard with his best pitches being his fastball and curveball.  All three of these guys should have an impact this year, but Touki will be the one people will get to know right away. 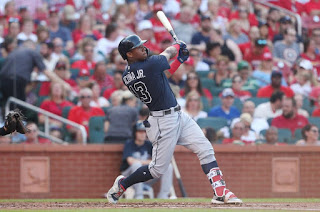 This was one of the toughest calls of the whole list.  The Braves have all the promise in the world and are really looking like the new version of what the Astros did a couple years ago.  They tanked to rebuild and came back stronger than ever with some of the most exciting young players in the game.  If you remember, the Astros broke out a year earlier than expected, taking a Wild Card spot in 2015.  Then, they took a giant step back in 2016, finishing in third in their division before busting out to a World Series title in 2017.  I see the Braves on a similar trajectory.  No one expected them to be as good as they were in 2018.  Many times, when a team breaks out big like that, the next year is a bit of a let down.  Combine that with the fact that their division has quickly become one of the most competitive in baseball, and you have a team that will probably be just over .500, but they will finish behind some of the new competitors in town.


Fearless Prediction
Mike Foltynewicz will throw less than 100 innings in 2019. 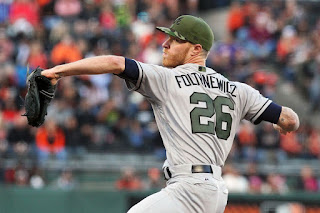 He is not off to a good start missing the first few weeks of the season.  When someone throws as hard as Folty does, he is bound to have arm issues at some point.  He is starting this season with an arm issue, and I have a feeling it might lead to more issues throughout the season.  Don't be surprised if you hear the words Tommy John thrown out before the end of the season.  Now Folynewicz isn't their only pitcher, but all of the Braves young studs aren't quite ready to take the reins.  Look for everything to align a bit better in 2020.

Posted by Terry Plucknett at 10:21 AM