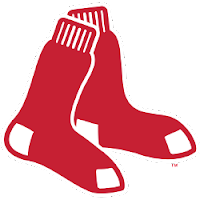 The Boston Red Sox went all the way in 2018, winning the World Series.  No one has repeated as champions in almost 20 years.  Will the Red Sox end that streak?


2018 Predictions
2nd in AL East, WILD CARD, lose in ALDS
J.D. Martinez will be the only Red Sox hitter over 20 home runs. 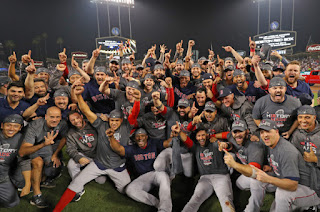 The Red Sox ended up having a historic season, winning more games than any Red Sox team ever on their way to a World Series title.  Mookie Betts won the MVP, with J.D. Martinez being a top candidate as well.  I took a stab that the Red Sox would continue to struggle getting the ball out of the park, but Betts, Xander Bogaerts, and Rafael Devers all topped 20 home runs as well.  Everything went right for the Sox in 2018. 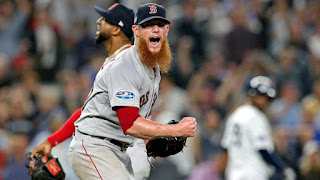 The Red Sox are bringing back almost the exact same roster as last season with one glaring subtraction.  They made sure to bring back World Series hero Nathan Eovaldi and signed Chris Sale to a big extension to keep their roster in tact.  The big subtraction is closer Craig Kimbrel, who may have struggled some in the postseason but is still one of the most dominant closers in all of baseball.  He will be replaced internally. 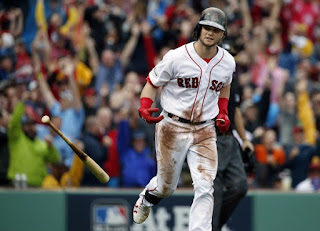 The Red Sox do not really have a hole in their lineup.  With that said, if there is one weakness it is the they are somewhat lacking on the left side.  Andrew Benintendi can fix that.  After a huge debut in 34 games in 2016, he shot up to one of the top prospects in baseball.  2017 was not as impressive as 2016, but 2018 was definitely a step in the right direction.  He is only entering his age 24 season, and a breakout season into the superstar he can be can really balance out the Red Sox lineup and make them even more dangerous. 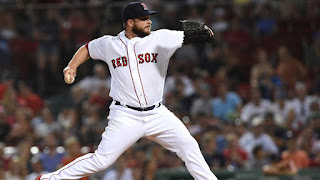 I am going with two pitchers in this spot because these two former setup men are being tasked with the extremely difficult job of replacing Craig Kimbrel's production in the 9th inning.  The Red Sox have a super deep bullpen, but for them to absorb Kimbrel's absence, either Barnes or Brasier (or both) have to step up big and be an All Star caliber closer. 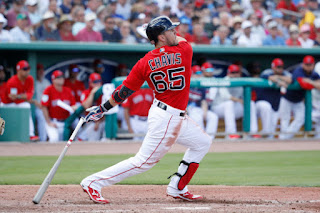 Michael Chavis is the best prospect in Boston's farm system.  This 23 year old third baseman might have some trouble breaking into the big club with the amount of talent in Boston's infield.  There are two ways he can affect the Red Sox this season.  Either he comes up and mans second base with Dustin Pedroia continuing to struggle to get healthy or they trade him for a top end closer. 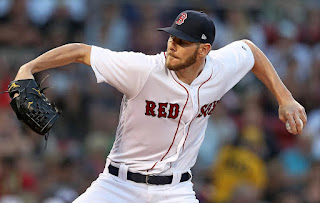 The Red Sox are the second best team in the American League.  The problem is the best team in the league might be in their own division.  This leaves them in the Wild Card Game.  If they win this, they will get the best record in the divisional round (which will be from their division).  It is extremely hard to repeat a championship in baseball.  They will come up short this season, even though they might win 100 games again.


Fearless Prediction
This will be Dustin Pedroia's last season. 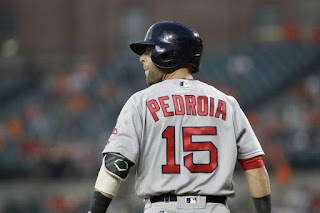 Dustin Pedroia is a Red Sox legend, but he has been plagued by injuries throughout his career.  The last two seasons have been shortened for him, including only a 3 game season in 2018.  He says to be healthy for 2019, but he is entering his age 35 season.  I don't know if he has anything left in the tank.  I don't think Pedroia will hold on very long if he can't produce anymore.  If he can't be healthy again, it could be a career for the former MVP.

Posted by Terry Plucknett at 9:15 AM