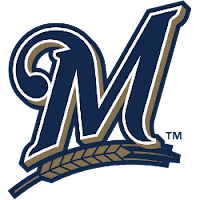 The Milwaukee Brewers came one game short of the World Series in 2018.  Will 2019 bring about an NL pennant for the Brew Crew?


2018 Predictions
2nd in NL Central, WILD CARD, lose Wild Card Game
The Brewers will trade for an ace by the All Star Game. 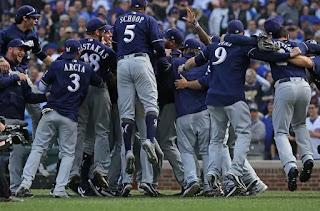 The Brewers exceeded most people's expectations in 2018 by making their way all the way to Game 7 of the NLCS before coming up just short.  They took a very unconventional approach to winning, leaning on a stellar bullpen in a way no one has before, especially in the playoffs.  They did trade for Gio Gonzalez at some point, but they viewed it more as depth than an ace.  Their ace was reliever Josh Hader.  Another surprise from 2018 was the MVP season from newly acquired Christian Yelich.  They knew he was good, but I don't know if anyone knew he would be that good.  I claimed their most important hitter was going to be Eric Thames, who found himself out of a job after the emergence of All Star Jesus Aguilar.  Few things went the way they were expected for the Brewers in 2018, but they all worked to their benefit. 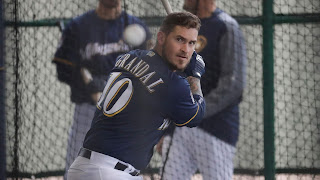 The Brewers are entering 2019 with a very similar roster to what they ended 2018 with.  The biggest acquisition over the offseason was catcher Yasmani Grandal.  They re-signed Mike Moustakas, which was curious considering it kept them with the dilemma of having two third baseman.  The Brewers never seemed to mind overloading one position though.  With that in mind, another move they made was trading away Domingo Santana, an outfielder that hit 30 home runs in 2017 but was out of a job in 2018 after they acquired Lorenzo Cain and Christian Yelich.  He was sent to the Mariners for versitile speedster Ben Gamel.  They brought in lefty specialist Alex Claudio to help round out their bullpen, but that was about it. 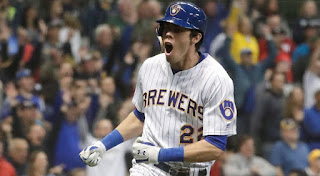 Especially in September, the Brewers rode the bat of Christian Yelich all the way to the division title and Yelich's MVP.  With the division actually getting more competitive in 2019, they will rely on Yelich to continue to emerge as one of the elite hitters in the entire league.  Looking at Yelich's career trajectory, and the fact that he is only entering his age 27 season, there is every indication that his success should continue. 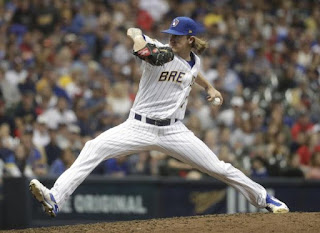 This is an easy one.  Josh Hader was by far their most important pitcher in 2018 as he was a freak on the mound all season.  His performance in the playoffs was out of this world as he seemed to pitch 2 or 3 innings every game.  It was a huge workload for the 24 year old, putting in 81 innings last season before the playoffs.  Hader seems to have everything aligned for a letdown season.  The Brewers cannot afford that, considering the injuries to closers Jeremy Jeffress and Corey Knebel they are starting the season with.  They need Hader to be as good, if not better, than last season with everything considered.  Looking at all the indicators, that is going to be hard to do. 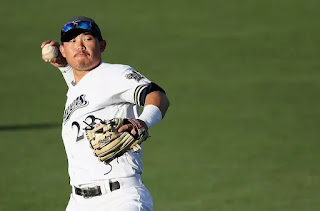 Many were surprised the Brewers brought back Mike Moustakas because it meant that either Moustakas or Shaw would have to play second base.  This move would block their top prospect, Keston Hiura, from having a spot in the majors.  Huira, a 22 year old second baseman picked in the first round of the 2017 draft, probably won't be ready to start the season in the big leagues but will be ready to some point this season.  His debut might need to wait until 2020 with the current roster, but if someone gets injured or if someone struggles, look for Hiura to come up and provide a spark in Milwaukee. 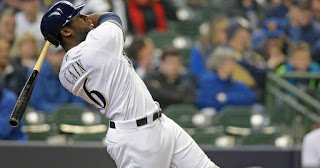 Duplicating the success of 2018 is hard for any team to do, especially a team like the Brewers that leans so heavily on the bullpen, the most volatile part of a roster.  They have neglected to upgrade their rotation again.  I think they are good enough to compete all season and even make the playoffs, but they are not going to be able to do what they did last year.


Fearless Prediction
Craig Kimbrel will be a Brewer in 2019. 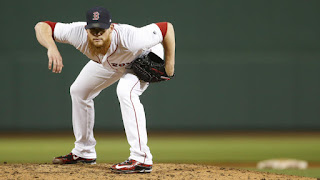 One of the craziest storylines entering the 2019 season is the fact that we have two All Stars still unsigned and without a team.  Starter Dallas Keuchel and closer Craig Kimbrel are still without a job.  Both of these players would be huge helps for the Brewers.  Knowing how the Brewers operate, and especially how they may be seriously lacking in the bullpen if their injuries are long term, Kimbrel to the Brewers just makes too much sense to not happen.

Posted by Terry Plucknett at 9:16 AM