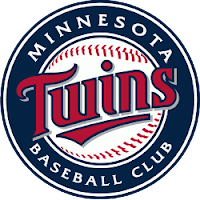 The Minnesota Twins have been a popular pick to be a breakout team for each of the past few seasons.  Will 2019 finally be the year the Twins break through?


2018 Predictions
2nd in AL Central
Byron Buxton will start in centerfield in the All Star Game. 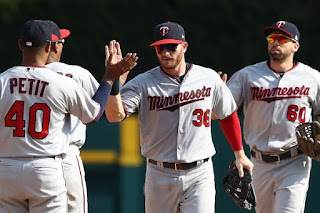 I may have been right where the Twins were going to finish in 2018, but I was wrong on many things.  I said they were going to be the last team to miss the playoffs as they finish 2nd in the division.  Instead, they finished 2nd almost by default, being the least bad team behind the Indians in the AL Central.  It was a bit of a disappointing season for the Twins that led to manager Paul Molitor being fired. 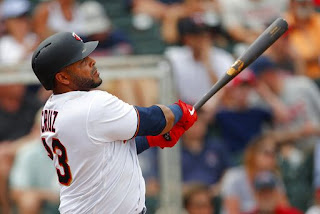 With Paul Molitor, an old school baseball lifer, being fired, the Twins went in a new direction with rookie manager Rocco Baldelli taking over.  They also were very effective at upgrading several positions with players hungry for a breakout season.  C.J. Cron is their new first baseman after the retirement of longtime face of the franchise Joe Mauer, and for All Star Jonathan Schoop is their new second baseman.  Anchoring the heart of their lineup will be slugging DH Nelson Cruz, one of the most prolific home run hitters of the last five years.  They topped off their offseason by bringing in super utility man Marwin Gonzalez to play wherever it is needed.  He will likely start the season at third base while they wait for Miguel Sano to return from an Achilles injury. 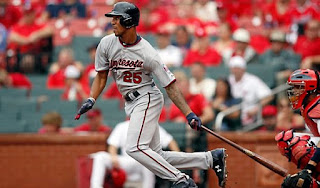 I wanted to go in a different direction with someone like Max Kepler (whose development is key to their success), however this team's success is most likely tied to Byron Buxton.  It feels like the Twins have been waiting forever for Byron Buxton to finally fulfill the promise of his potential.  Once touted as the top prospect in baseball and potentially the next Mike Trout, Buxton has struggled to stay healthy enough to actually show what he can be.  In four seasons in the big leagues, Buxton has only topped 100 games once in 2017.  That season he was a 5 win player, hitting 16 home runs and stealing 29 bases while earning a Gold Glove for his work in centerfield.  It also was one of the Twins better seasons in recent years.  Last season, Buxton only saw the field for 28 games, and the Twins struggled.  Their success is tied to Buxton's success.  If this season is going to be a success, he needs to stay healthy and productive. 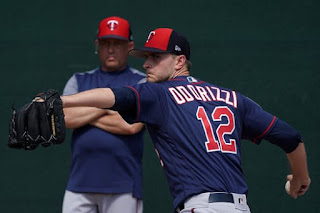 Jose Berrios is starting to emerge as the ace of the Twins rotation.  Statistically, the best pitcher in the rotation last season was Kyle Gibson.  However, the expectation is on Jake Odorizzi.  The Twins traded for Odorizzi from the Rays before last season to help solidify the top of their rotation, and instead he was just below average, having a 4.49 ERA and 97 ERA+.  This season, the Twins will be hoping Odorizzi returns to the form that made him a coveted trade piece a year ago to help their rotation excel. 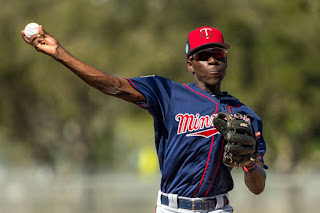 This is the same prospect I highlighted last season, but he never saw the big leagues.  However, he is still the Twins top prospect that has an opportunity to make an impact this season.  Nick Gordon has the bloodline to be a star, being the son of former big leaguer Tom "Flash" Gordon and the kid brother of Mariners second baseman Dee Gordon.  This 23 year old infielder will definitely get his opportunity this season if Jonathan Schoop struggles like he did last season or if there is an injury to either Schoop or shortstop Jorge Polanco.  Either way, I would be shocked if 2019 goes by without Gordon seeing the big leagues. 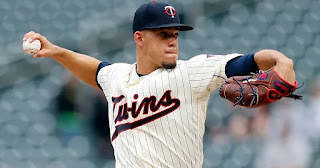 This is the year the Twins break through.  Their moves to bring in some veteran leadership like Cron, Schoop, and especially Cruz should make the roster a little less inconsistent.  A potential full season out of Buxton will give them their star.  Combine all that with an Indians team covered in question marks and the Twins might be hitting their stride at just the right time.  They won't go far in the postseason, but getting there will be reward enough.


Fearless Prediction
Rocco Baldelli will be name AL Manager of the Year. 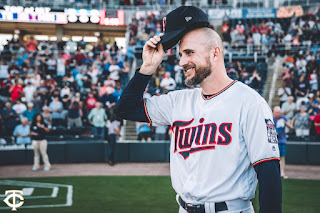 If the Twins really do push into the postseason in 2019, much of the praise will be heaped on rookie manager Rocco Baldelli.  He is the latest in a recent string of young former players that have been given managerial jobs mainly because of the fact that they fully embrace the sabermetric side of the game.  Look for Baldelli to join Alex Cora, Aaron Boone, Gabe Kapler, and others as top managers in the league that might be young enough to still be playing.

Posted by Terry Plucknett at 11:31 AM