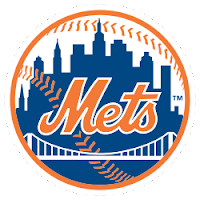 The New York Mets made several unconventional moves this offseason that set them up to try and win now.  Will this lead them to the playoffs in 2019?


2018 Predictions
4th in NL East
The Mets rotation will not see one trip through feature Syndergaard, deGrom, Harvey, Matz, and Wheeler again. 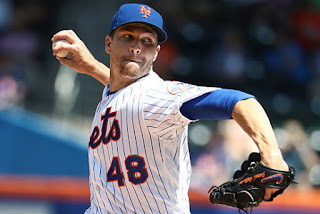 The Mets, under rookie manager Mickey Callaway, struggled through 2018.  Their main struggle was scoring runs, as the Cy Young winning ace could only squeeze out 10 wins.  Outside of Jacob deGrom, the Mets were about as inconsequential as could be last season.  As for my prediction around the rotation, I am not sure if they ever made it through one time with those five, but the fact that Matt Harvey was out of town barely a month into the season shows that I was onto something. 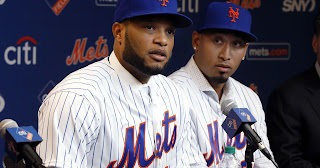 The Mets had one of the most fascinating offseasons.  It all started with their decision to hire an agent, Brodie Van Wagenen, as their new general manager.  He came in claiming to view personnel decisions from a different point of view which was shown in every move they made.  The biggest move was trading outfielder Jay Bruce, along with several top prospects to the Mariners for second baseman Robinson Cano and closer Edwin Diaz.  They also signed veterans Wilson Ramos and Jed Lowrie.  They traded for Keon Broxton, who looks to be their future centerfielder.  Where many teams stay away from veterans these days, Van Wagenen's philosophy seems to be to embrace the veteran to help you win now.  Every acquisition they made, except for Diaz and Broxton, was for a veteran most teams didn't even want to consider because of their age.  However, the Mets knew they needed offense to try and accompany their pitching, and it had to come from somewhere.  The quickest way to get it is through veteran proven commodities. 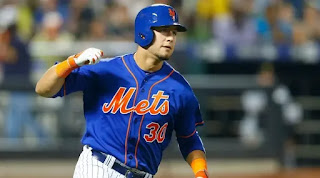 Although veterans like Cano, Lowrie, and Frazier are the names everyone recognizes in the heart of the Mets lineup, their best hitter might be Michael Conforto.  The Mets have been touting Conforto as the future anchor of their lineup for several years, and he has really started to come into his own recently.  He made the All Star Team in 2017 in career year.  Then in 2018, he played his first full season without injury, playing in 153 games and hitting 28 home runs and 82 RBI's.  Although his production has been moving up, he now needs to emerge as a leader.  With veteran hitters surrounding him in the lineup, this might be the year he takes the next step into being the superstar leader the Mets have been waiting for him to be. 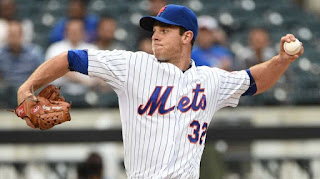 When Steven Matz burst onto the scene in 2015 for the Mets World Series run, he was quickly touted as the fifth ace in a massive rotation.  Syndergaard and deGrom have definitely come through on that promise.  Matt Harvey, thought to be the best of the group in 2015, is now on his third team in 12 months.  The jury is still out on Zack Wheeler as he was out with injuries for a couple seasons.  Then there is Matz, the only lefty of the group.  He has shown signs of greatness over the last few years, but it has been inconsistent.  2018 was the first season he topped 150 innings in his career, however his ERA+ shows he was slightly under league average in his production.  If the Mets want to be elite, either Wheeler or Matz have to join deGrom and Syndergaard at the top of their rotation.  With Matz being the lefty, he is more crucial to be the one to emerge. 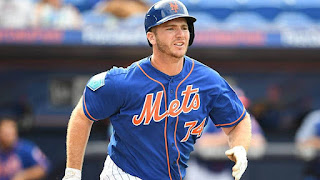 One thing with a veteran team is you better have depth.  The Mets do.  Entering the offseason, Peter Alonso was probably slated as the Opening Day starting first baseman.  Now, with all acquisitions, that debut may have to wait (thanks to some injuries, maybe not...).  Alonso is a big presence at first base and at the plate.  Before the end of this season, watch for him to emerge as the everyday first baseman in Queens. 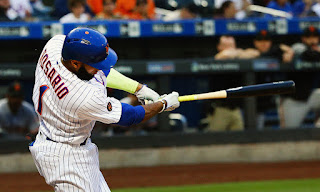 I love what the Mets did this offseason.  They needed offense, and they went out and bought one.  Going after the veterans is not popular these days, but that is more because everyone is more focused on sustainable success.  If you are looking at short term success, it isn't a bad way to go.  Look for the offense to show up and allow their pitching to actually win games this year.  I don't know how sustainable this roster will be after 2019, but they should be fun to watch this season as they come up just short of the playoffs. 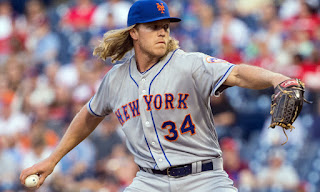 I am a huge Noah Syndergaard fan.  The guy is a freak athlete.  Now that he is healthy again, he has the opportunity this year to show how good he is.  For him to finish ahead deGrom in the Cy Young voting would be quite a feat considering deGrom is coming off of possibly the most dominant season a pitcher has had in the 21st century.  It is hard to repeat that level of success, but his teammate will pick up where he left off.  This seems to be what the Mets have done over the last few years.  Their aces take turns being the best pitcher on the staff.  This year should be no different.

Posted by Terry Plucknett at 2:14 PM