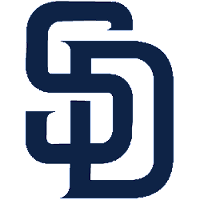 The San Diego Padres won one of the biggest sweepstakes in recent baseball memory.  Will the addition of Manny Machado lead to more wins in 2019?


2018 Predictions
5th in NL West
The Padres will trade for a top-end staring pitcher mid-season. 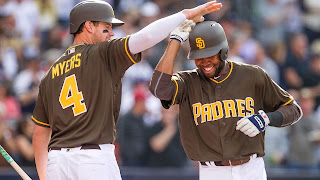 The Padres had a lot of promise going into the 2018 season after signing one of the top available players in Eric Hosmer.  However, they still almost lost 100 games as Hosmer disappointed in his first year in San Diego.  They may not have traded for a starter during last season, even though their starting rotation was their biggest weakness, but that isn't from a lack of trying. 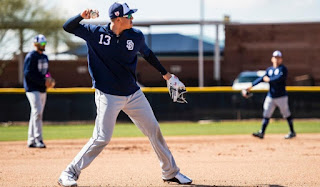 One of the biggest moves of the offseason for any team was the Padres picking up Manny Machado to man third base for the next 10 years.  Outside of the big prize though, the Padres were fairly quiet.  Veteran Ian Kinsler was brought in to play second base and starter Garrett Richards was added even though he won't pitch until 2020.  All of their eggs were in the Machado basket, and luckily it paid off. 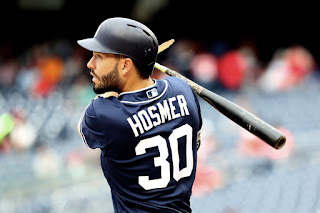 The Padres have taken the philosophy of signing high-priced free agents to provide a veteran presence in a lineup of younger prospects.  Like I said earlier, Eric Hosmer was the prized signing a year ago, however he was a below average hitter and only garnered a 1.4 WAR after a 4 win season in 2017.  He needs to justify his signing by showing he and Machado are the cornerstones the Padres can build around.  If the Padres are to take the next step this season, he needs to be a major reason why. 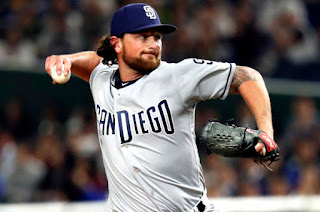 There is not a single proven starter in the Padres rotation.  This means the bullpen will be relied on at many time throughout the season.  Kirby Yates hopped into the closer role last year after Brad Hand was traded, and he will most likely have the same job this season.  A needed confidence boost for young starting pitchers is to know that when they have a good outing, the bullpen will be able to hold the lead.  Yates is an important part of bringing about that confidence. 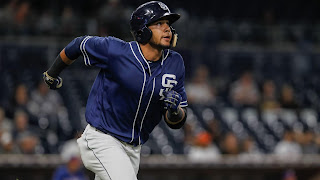 One of the reasons Manny Machado said he chose the Padres over other teams like the White Sox and Phillies was their top rated farm system.  Manny saw the amount of talent he would be playing with in the next few seasons and saw an opportunity to be a part of something special.  The Padres farm system truly is something special right now, with 10 (yes 10!) prospects in MLB's top 100 best prospects.  Many of these prospects have a chance to either make their debuts or play a key role in the 2019 season including pitchers Logan Allen, Michel Baez, and Chris Paddack, middle infielder Luis Urias, and catcher Francisco Mejia.  However, the prize of their system is shortstop Fernando Tatis Jr.  Only rivaled by Vlad Jr. in baseball farm systems, the 20 year old Tatis Jr. has often been compared to Manny Machado in comparing him to what kind of player he could be.  Chances are we won't see him in 2019, but if the Padres have any sort of success this season, they may want to show off their shiny new toy and debut their future infield that will be in place for at least half a decade.  Mejia catching, Hosmer at first, Urias at second, Tatis at short, and Manny at third.  That is going to be hard to beat. 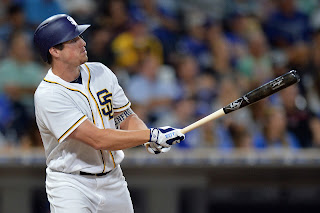 With the Diamondbacks taking a step back, and the Giants needing to rebuild, 2019 seems to be aligned for the Padres to finally take the step forward they have been wanting to take.  So many of their prospects are ready to make an impact, they have their veterans to anchor their roster.  Look for them to have a decent run at a Wild Card.  If they don't take advantage of this opportunity, look for the Padres to move on from manager Andy Green.


Fearless Prediction
The Padres will trade for a top-end starting pitcher mid-season. 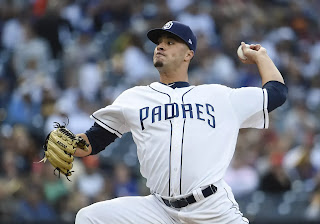 Sound familiar?  They were hunting for one all last season, they were hunting for one this offseason.  They just haven't seemed to find the right fit, which is crazy considering just how much of a pitcher-friendly park they have in San Diego.  Like I said, they have a ton of prospects, but you need an established guy to lead and take off some pressure.  With all their prospects, they could easily package a few together to get the guy they are looking for and still have a glut of talent in the minors.  They will want someone with some club control, and some teams might be willing to part with one knowing what kind of talent they could get back.

Posted by Terry Plucknett at 1:17 PM