Over the past few years, the Oakland A's have hit the reset button Moneyball style.  After a few seasons at the bottom of the division, will 2017 see some progress back to the top of the division with this new core?


My 2016 Predictions
5th in AL West
Half of the A's Opening Day lineup will be traded before the end of the season. 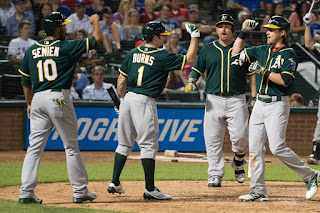 No one expected much from the A's in 2016, and they didn't disappoint.  The makeshift lineup put together led the A's back to the cellar for a second straight year.  This was another transition year as their farm system was being restocked.  As for my prediction, it came up just a bit short.  Four of the ten Opening Day starters (Billy Burns, Josh Reddick, Aaron Hill, Billy Butler) were traded by the end of the season, however Danny Valencia was traded this offseason so I am going to label this prediction as fulfilled. 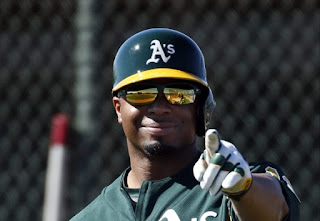 The A's have made their offseason strategy an art form.  They buy low on some solid veterans looking to prove themselves, then flip them at the Trade Deadline for more prospects to build their farm system.  Like I said, a good portion of their lineup was flipped last year with Valencia traded this offseason.  The new crop of vets to land in Oakland includes Trevor Plouffe, Rajai Davis, Matt Joyce, and Santiago Casilla. 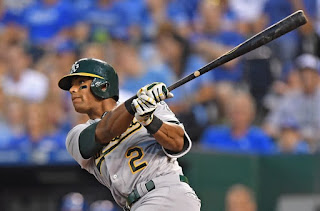 One highlight of the 2016 Athletics was the emergence of Khris Davis.  He exploded for 42 home runs and 102 RBI's while becoming the A's best player.  Now he will have a target on his back as he will not catch anyone by surprise this year.  Can he repeat his production from last year?  If so, he is on the verge of becoming a superstar that could lead the next great A's run (or be traded, depending on what Billy Beane wants to do).  If he can't, the A's are further away from success than they want to be. 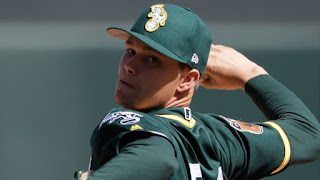 In 2015, Sonny Gray emerged as the next great A's ace, verging on the brink of being a superstar.  In 2016, he battled injuries to start the season.  When he came back, he was a different pitcher, finishing the year with a 5.69 ERA.  If the A's want to have any chance of being relevant in 2017, Sonny Gray needs to be his 2015 version and not his 2016 version. 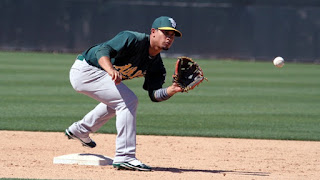 Any hardcore Athletics should already know the name of Franklin Barreto.  The 21 year-old infielder is not only A's top prospect and baseball's 52nd best prospect overall, he was also the key piece sent back to A's in the Josh Donaldson trade with the Blue Jays.  Knowing that, it's obvious to see why his debut is so anticipated.  Barreto's career is the only thing that could prevent the Donaldson trade from going down as one of the worst trades in baseball history.  2017 is the first chance we have to see young Barreto on the field in Oakland.  With Marcus Semien seemingly having shortstop locked up, second base is more likely to be the position at which he makes his debut. 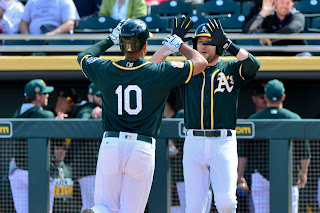 You have to give Oakland credit; they are never down for that long.  Their latest group of prospects are getting ready to hit the big leagues, while their latest group of veterans will most likely be shipped off for more prospects.  They have a chance of getting off to a fast start with the veterans, while the rookies will make the second half exciting.  When all is said and done, they still won't be very good, but they are at least heading in the right direction.


Fearless Prediction
Half of the A's Opening Day roster will be traded by the end of the season. 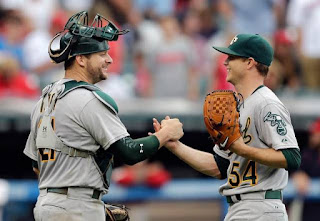 Yes, it is the same prediction as last year, but it doesn't make it any less relevant.  Look at their lineup.  Half of this lineup is in Oakland so that they can earn their way to a deadline trade.  Look for Trevor Plouffe, Rajai Davis, Matt Joyce, and maybe even players like Marcus Semien, Sonny Gray, and Stephen Vogt to be dealt before all is said and done.

Posted by Terry Plucknett at 10:36 PM