The Toronto Blue Jays went from perennial playoff contender to irrelevance in 2017.  Does 2018 bring a return to form or more of the same? 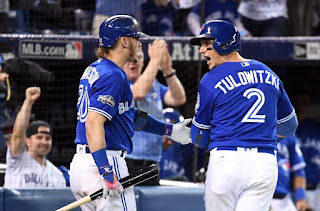 I had a pretty good read on the Blue Jays last year.  Losing some key pieces, watching others age in front of them, and fighting through injuries led to them only one game out of the cellar in the AL East.  As for their pitching, Marcus Stroman and JA Happ were able to each start 33 games, however 2016 All Star Aaron Sanchez had the setback I predicted, only pitching 36 innings in an injury-plagued campaign. 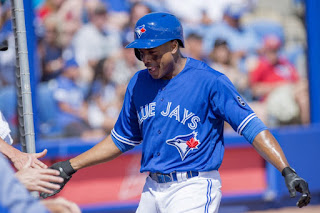 The Blue Jays made some minor moves for some veterans that will help fill out their roster in 2018.  The most noteworthy additions were veteran Curtis Granderson to man leftfield and former top prospect Randal Grichuk to man rightfield.  Some other minor moves for depth were infielders Yangervis Solarte and Aledmys Diaz along with pitchers Jaime Garcia and Seung Hwan Oh.  None of these moves could be considered huge difference makers (maybe Grichuk), but it helps the lineup look respectable in 2018 as opposed to some of the "extreme tankers" (Marlins, I'm looking at you). 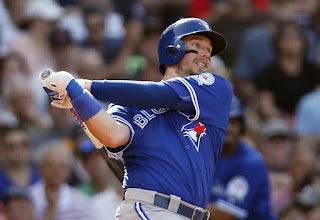 In 2017, Justin Smoak went from a prime example of potential that never delivers to finally putting it all together to be an All Star.  Now entering 2018, the Blue Jays are going to be relying on Smoak to anchor the center of their order with Josh Donaldson.  More times than not, when a player has a spike year like Smoak did in 2017, it is more likely for it to be a fluke instead of a sign of good things to come.  The Blue Jays are really hoping Smoak can buck the trend. 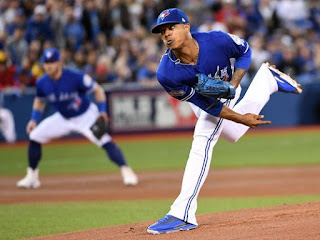 Over the last few seasons, Marcus Stroman has emerged as one of the better pitchers in baseball.  Only entering his age 27 season, Stroman will try and repeat a productive 2017 that started with him dominating in the WBC and finished with him being the best player on the Blue Jays in terms of WAR.  Stroman is the ultimate competitor.  Will he be able to stay interested and on top of his game if the Blue Jays aren't in contention?  Also, he has thrown over 200 innings the last two seasons.  He has not had a history of arm issues (although he is working through some shoulder inflammation right now).  Will he be able to avoid the inevitable lost season young pitchers have had to arm problems? 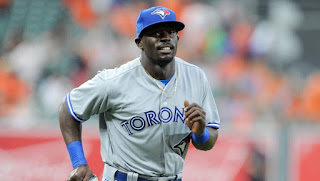 The Blue Jays have a pretty stacked farm system, highlighted by a couple second generation big leaguers.  However, Vlad Guerrero Jr. and Bo Bichette are still at least a year away from being ready for the big leagues.  The intriguing one to watch for 2018 is Anthony Alford.  This former football player for Southern Miss is a crazy athlete with blazing speed.  His other tools are still developing, but the Blue Jays would love to see him break through in leftfield at some point this year and maybe even be their leadoff hitter with a little pop. 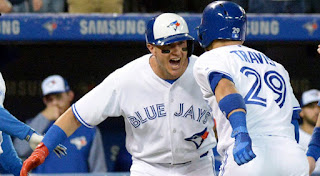 Predicting them to finish in the middle of the AL East might be a little deceiving.  The Yankees and Red Sox are the only teams in this division that will finish over .500.  The Blue Jays are actually set up well moving forward.  They have some big-time prospects waiting in the wings and a decent pitching staff, led by Stroman and Aaron Sanchez, that will still be there when they are ready to compete again.  This season might not be a success in Toronto, but they are building to something great.


Fearless Prediction
2018 will be Josh Donaldson's last season as a Blue Jay. 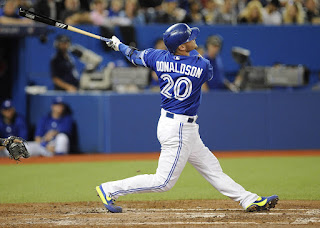 Josh Donaldson only has one more year of control after 2018.  His relationship with the Blue Jays' front office has been rocky at best throughout his time in Toronto.  Chances are he will not be re-signing with the Blue Jays.  The Blue Jays probably don't want him back considering they have one of the top prospects in the world (Vlad Guerrero Jr.) that plays third base.  So all this leads to, ideally, an offseason trade to bring back more prospects that will support this new wave that will be ready to compete in a few years.

Posted by Terry Plucknett at 7:09 PM