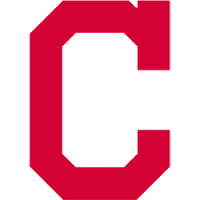 The Cleveland Indians have owned the AL Central over the last several years.  Will their young core of hitters and top-notch starters bring about another playoff run in 2019?


2018 Predictions
1st in AL Central, lose in ALDS
Corey Kluber will be the AL starting pitcher in the All Star Game. 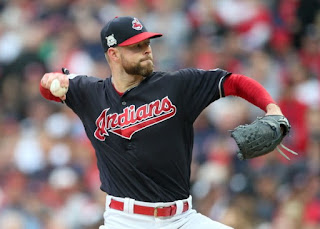 Yes, the Indians won 90 games, but they won the AL Central more by default being the only team to finish with a record above .500.  They have had a similar formula the last few seasons: pitch well behind Corey Kluber, Trevor Bauer, and Carlos Carrasco while scoring runs behind emerging superstars Jose Ramirez and Francisco Lindor.  Ramirez and Lindor almost had 8 win seasons, while Kluber (who made the All Star Team but didn't start) has a 5.8 and Bauer had a 5.7 WAR.  All this success did not lead to any postseason success as they still carry such a long championship drought. 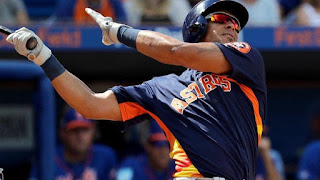 The Indians had one of the more intriguing offseasons in the league.  The front office looked at the roster they had put together and started to question how sustainable their payroll would be moving forward.  They traded away slugger Edwin Encarnacion to the Mariners to bring back former Indian Carlos Santana.  They traded away catcher Yan Gomes and slugger Yonder Alonso.  They traded corner infielder Yandy Diaz to the Rays for Jake Bauers, who has much more flexibility.  Their top outfielders from a year ago, Michael Brantley and Melky Cabrera, left through free agency and really weren't replaced.  Some late minor league acquisitions that will obviously have a big league impact eventually were Hanley Ramirez and Carlos Gonzalez, but they really tried to cut salary.  They even tried to do more, with constant rumors of Kluber or Bauer being traded, but that came to no avail. 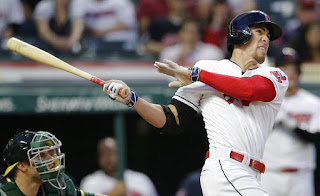 One of the reasons the Indians did not work harder to find some outfielders in they believe in Bradley Zimmer.  Entering his third season in the big leagues, this 26 year old centerfielder had established himself as the everyday starter last year before he injured his shoulder and ended his season.  He is not expected to be ready by Opening Day, but he is being counted on as being a key piece of what the Indians do this year.  They need him to break out to justify their lack of movement in replacing their outfield production from a year ago. 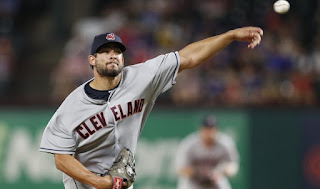 The Indians have one of the best rotations in baseball, but they also have been touting an elite bullpen as well.  However, over the last several seasons they have watched pieces from their World SEries bullpen slowly leave.  Bryan Shaw left via free agency before last season, and this season saw the departure of closer Cody Allen and super reliever Andrew Miller.  None of the main pieces of their World Series super bullpen of 2016 are left.  This makes Brad Hand, their new closer, extremely important.  Hand was acquired at the Trade Deadline last season from the Padres for top propect Francisco Mejia, and he showed why they paid such a big price for him.  He is an elite bullpen arm, but now he will not have the company in the bullpen the Indians are used to surrounding their closer with.  Hand cannot have a bad season if the Indians want to be great this season. 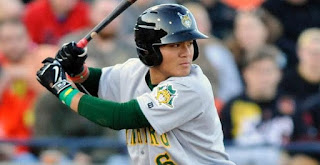 The Indians only have two prospects listed in MLB's top 100, and one of them (Triston McKenzie) might make his debut this season depending on what happens with the Indians rotation throughout the season.  However, the player most likely to make a big league impact this season is Yu Chang.  This 23 year old infielder is the Indians 6th best prospect and played his entire 2018 season in AAA to decent success.  The reason he has a chance to make a big league impact this season is the fact that second baseman Jason Kipnis, shortstop Francisco Lindor, and third baseman Jose Ramirez all will probably start the season on the injured list (formerly the disabled list).  The Indians are finding ways to fill these holes temporarily with big league names, but if some of these injuries linger and some of the big leaguers struggle, Chang will get his opportunity to prove himself and show he can be a young utility infielder behind their cast of All Stars. 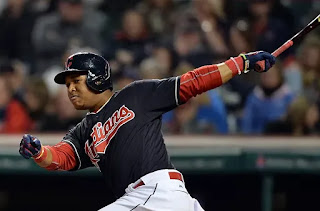 Being ranked 11th on my list means I see the Indians as the last team to miss the playoffs.  They still have all their talent, but I get the feeling this window is closing quickly.  If the Indians are talking about trading some of their All Stars in their prime because they can't afford it, this success is fleeting.  Their division also shouldn't be the pushover it was last season too.  By pure talent, the Indians have to be in the conversation, but combine injuries with potential disgruntled aces and this could be the beginning of the end for this Indians run.


Fearless Prediction
This will be Francisco Lindor's last full season in Cleveland. 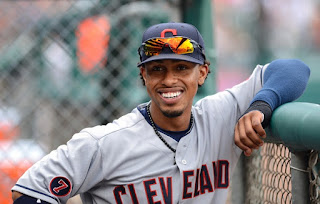 Lindor is entering his age 25 season and is already a 3 time All Star.  He is one of the best emerging young superstars in the game.  When he hits the free agent market after the 2021 season, he will be looking to get a contract similar to Machado, Harper, Arenado, or even Trout.  If this offseason showed anything, the Indians will not be able to afford that.  That means Lindor's time in Cleveland has an expiration date.  If he is not a long-term Indian, they might want to maximize his value on the trade market.  Especially if they miss the playoffs this season, the Indians might realize they need to move on from their current core sooner rather than later.

Posted by Terry Plucknett at 11:16 AM