Now, it may seem really indulgent to post a pre-draft a 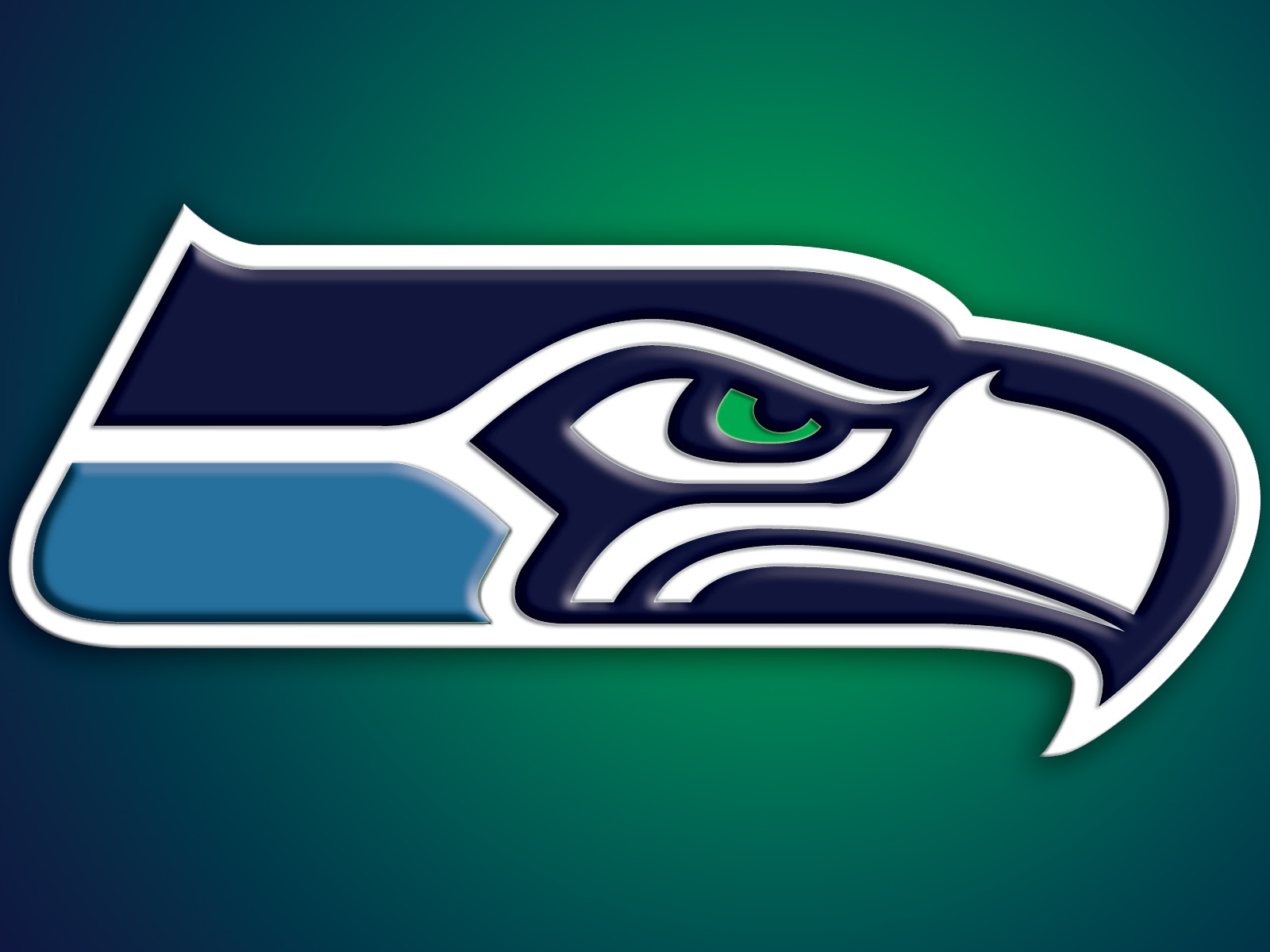 nd pre-OTA preview. I agree. I love my Seahawks and I do not care if no one else cares. Every sports network ignores the Seahawks, except for when they are talking about how bad the NFC West is. It is beyond annoying. Our only hope for national recognition lies with our former players who work for major sports outlets, such as Brock Huard (college football analyst, local ESPN radio affiliate) and Trent Dilfer (we all know he is remembered as a Raven and will not throw us a bone). Anyway, with the NFL schedule getting released earlier today, I felt compelled to talk about it. The schedule for the Hawks looks extremely favorable on paper, and for a team who has been a couple plays away from being a viable threat in the NFC the last two seasons, this will be the year that we break through.

Following last season’s 7-9 affair, expectations could not be higher for this Pete Carroll-led group. I even heard mumbles about if the Hawks had somehow snuck into the playoffs that they would be representing the NFC in the Super Bowl. That is how well we were playing down the stretch. That is with a guy who can’t lead a 4th quarter touchdown drive at QB, who was playing with a torn pectoral muscle. That was with a chop shop offensive line made up of journeymen, Tom Cable’s buddies, and an injury-prone center (which still somehow amounted to the NFL’s best rushing attack in the second half of the season). That was with a couple old ass defensive linemen that still got to the passer. That was with youth all over the secondary (second year players Earl Thomas and Kam Chancellor were our veterans), which was one of the best in the league down the stretch. No one wants to throw against two corners who are 6’4 and 6’3. However, with a blown 4th quarter lead to the Redskins, an impossibly tough 19-17 loss against division champion 49ers, and an overtime heartbreaker to end the season at Arizona, we ended up with 7 wins, the same record as the season before. All the team needed was to get another year of experience and a quarterback who could lead the pack.

This offseason has been interesting. Losing out on Peyton Manning was a blow (as was the unveiling of those atrocious new uniforms). However, many Hawk fans (not necessarily I) are jacked up about the signing of unproven free agent QB Matt Flynn, who I get visions of watching from the sideline while Ryan Perilloux runs his offense at LSU every time I see his face. But, then again, I am not an expert. I hope I am wrong about Flynn and he is out starter for 10 years. That seems to be what most Hawk fans are expecting, so I will ride with the assumption that, you know, he actually can play.

The draft is in 8 days, and this will be a very key time for this team. With the 12th pick, we have options. We are in a spot where a miss won’t set our franchise back. We are in position to move up into the top 10 (and anyone who listens to Pete Carroll knows that the idea of Ryan Tannehill in blue and green makes him giggle like a schoolgirl), and we are in a spot that people want to trade up to (which we should undoubtedly consider). There are tons of names thrown around by national media (who have no idea what they are talking about when they speak of my Seahawks), by local media, and by bloggers. Here is how it is shaping up:

Consensus pick: Luke Kuechly (ILB, Boston College). That would fill our biggest need, but he won’t fall to us.

My dream pick: Melvin Ingram (OLB, South Carolina). He is an amazing versatile pass-rushing talent, which will add depth and be an instant starter to our only legitimate hole on defense.

Realistic pick: [trade down] Coby Fleener (TE, Stanford). Carroll wants to have his two tight end system, and with John Carlson leaving in the offseason, he could be groomed behind Zach Miller and turn into the next TE putting up insane numbers in the league.

This brings us to our schedule. Many have jumped on the Seahawks for having a brutal road to the playoffs, basically because they don’t take us seriously. When you really analyze it, there are double-digit wins to be had here. All of the really difficult games are at home, and the bye week and post

-Thursday night time off are well-placed. Check this out:

9/9/12 – at Arizona – This game was a classic last year to end the season. The Cardinals won 8 games with a bad roster, but the Hawks will make a much bigger jump this year. Seattle always starts off strong. WIN 28-17

9/16/12 – Dallas – Since the Romo fumble, the Cowboys have won three in a row against the Hawks, all in Dallas. The home opener for the Hawks will have the 12th man rocking and Tony Homo shaking in his little space boots. WIN 31-24

9/24/12 (Mon) – Green Bay – Signing Matt Flynn already paid its dividends by giving us a Monday night game against his former team. We simply do not lose at home in primetime games. It looks like a shootout on paper, but Monday night games are not like that. This is a tough game decided by a field goal set up by Matt Flynn’s first game-winning drive as a Hawk, and the nation can no longer ignore us. WIN 20-17

9/30/12 – at St. Louis – The Seahawks have had incredible success against the Rams as of late. Even though the Rams are going to be much improved with Justin Blackmon inevitably getting drafted by them, I still think we take this one, low-scoring as usual with the 10 AM start time. Marshawn takes us there. WIN 20-10

10/14/12 – New England – Another home game, but this is the only time I see our brilliant young secondary really getting carved up. Chancellor takes Gronkowski out of the game, but Sherman and Browner cannot handle Welker and Hernandez. LOSS 41-28

11/4/12 – Minnesota – Tavaris playing against his home team is interesting if Flynn gets benched at some point. I cannot see us losing here. WIN 34-13

12/2/12 – at Chicago – Seattle has won in Chicago each of the last two seasons, but Caleb Hanie will not be starting in this game, and it will be in December unlike two years ago. LOSS 28-13

12/9/12 – Arizona – Arizona will probably be playing well by this point, but we will be in the running for a playoff spot. This will be a tough game, but I think we prevail. WIN 23-21

12/16/12 – at Buffalo (in Toronto) – Playing indoors most likely will be a nice way to avoid a freezing weather game late in the year. Buffalo will be improved, but not ready for the rolling Seahawks. WIN 31-21

12/23/12 – San Francisco – This game could be for the division. This will be upgraded to Sunday night, which means a huge primetime victory for the home team in front of its ruckus crowd. WIN 23-17

So, that means we will be going 11-5 (4 win increase from 2011), probably either taking the NFC West or scoring the 5th seed in the playoffs. Depending on which one, we could win a playoff game, and depending on matchups, maybe taking more than one. Many people will say that I am overstating how good we can be, but just look at last season and how close we were with that depleted roster of rookies and no names. We have the talent to be a top 5 defense. Last year, we scored victories against the Super Bowl champion Giants on the road, and we convincingly beat the Ravens (score was not indicative) and Eagles at home. And we didn’t have a quarterback. Our division will be much tougher this year. I suspect that even the Rams will win 6 games or more. The Niners will come back down to earth with a less cakewalk of a schedule and an unhappy quarterback, but their defense is still good for 10+ wins. The Cardinals need to shore up its defense a bit, and they can be every bit as strong as the Seahawks. Our division had some real quality wins last year, but now those games will mean something. I would say that the NFC West will be the talk of the league, but that would mean that people would have to care.

So, I know that I may be a bit of a homer, but no one knows the tendencies of the Seahawks more than I do. 11-5 is my best guess after looking at the schedule. If it is flipped and we go 5-11, which experts will say is 10 times more likely, I will be beyond shocked. This Seahawk defense will not let that happen. This is a playoff team.

Is anyone else drinking the Carroll Kool-Aid? What is your win-loss prediction? How is your favorite team’s schedule and upcoming season shaping up? Let me know.